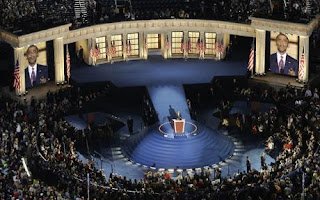 Ah, Charles Krauthammer is excellent today.  I love the very simple, clear way Mr. Krauthammer finds to say what everyone....well, most everyone, is thinking.

Most of us have known for a long time what an arrogant putz Obama is, and Krauthammer nails it.  I've never actually noticed this before...

Notice, too, how Obama habitually refers to cabinet members and other high-level government officials as “my” — “my secretary of homeland security,” “my national security team,” “my ambassador.” The more normal — and respectful — usage is to say “the,” as in “the secretary of state.” These are, after all, public officials sworn to serve the nation and protect the Constitution — not just the man who appointed them.

...but of course I will now.  It's true.  Now that I look back on it, Obama does do this and Krauthammer makes a good point here:

It’s a stylistic detail, but quite revealing of Obama’s exalted view of himself. Not surprising, perhaps, in a man whose major achievement before acceding to the presidency was writing two biographies — both about himself.

Heh!  True. We've noted that before but it does go to his supreme arrogance.  As Krauthammer says, "But it is odd to have a president so convinced of his own magnificence — yet not of his own country’s."

All this was precipitated by Charles Bolden's explanation of NASA's outreach to make Muslims "feel good about their historic contribution" to the sciences.

I can't remember another president, at least in my lifetime, completely trashing American exceptionalism the way this one has.  Krauthammer contrasts Obama's position that America can't get to Mars without the help of other nations with Kennedy's confidence of landing a man on the moon within the decade.

This is what Obama does, in word and in policy, is denigrate America.  It's ironic because America elected HIM.

To me, it's all a way of puffing himself up even more.  America is immoral, hostile, arrogant and needs his "historic" leadership and "his" Cabinet to lead us out of depravity and make the world love us again.  It's the old "Obama as savior" meme of the campaign.

I'm still not convinced.  He can crow about himself all he wants to and he can write ten more autobiographies, but I'm firmly convinced that he doesn't like this country and doesn't want anyone else to, either.

Waiting for November.
Posted by Pat Austin Becker at 8:56 AM

I really like the way CK put it even though the more I read the angrier I became. I can barley stand to call Obamhole our president. What a sickening piece of treasonous self love in a suit he is. Get out of our White House squatter!

Just wanted to point out that it's actually Dr. Krauthammer. He's a brilliant psychiatrist that was able to finish a top medical school and residency even after the accident leaving him in his wheel chair occuring his FIRST year of medical school.

We can hardly wait to hear what Charles Krauthammer says on the evening news, Fox, Special Report with Bret Baier. He nails it time and time again. Though he always keeps a straight face when some liberal is talking, you can tell he is practically biting his tongue to not laugh or show his total annoyance with such jibberish.

Gawd. Make that 'barely'. Frigin typo makes me look like a dumb-ass.

Gawd. Make that 'barely'. Frigin typo makes me look like a dumb-ass

Red: It's the evil influence of beer-loving Pat that caused you to mistype.

Quoted from and Linked to at:
The Biggest Threat We Face