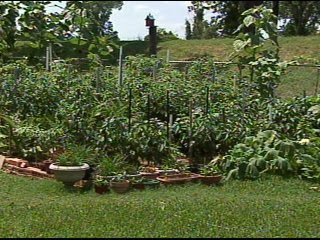 Since everyone else is blogging the Iranian Revolution, I thought you might want to take a break and read about our local bizarre news story of the ... year. The Cucumber Guy.

Cucumber Guy is a 75 year old bus driver for the school system. According to KSLA News, "A Bossier Parish school bus driver has been arrested and charged with two counts of indecent behavior with a juvenile for using money to lure two 16-year old boys into committing sex acts on him with a variety of objects." It seems that the man has a large vegetable garden, and, well...The Shreveport Times put it this way: Cucumber Guy "used money to entice the 16-year-olds into his home and have them stick objects, such as cucumbers and sex toys, into his rectum, police said. He paid them $20 for each occurrence, the most recent about a month ago."

After a confidential tip, a search warrant was issued and police searched Cucumber Guy's house and found "a variety of evidence" including items that Cucumber Guy paid kids $20 in exchange for them performing sex acts on him with said objects.

And, as I said, Cucumber Guy had a large garden in his backyard.

Here is the local paper story about the arrest.

For an analysis of the press conference given by the police chief, be sure to go here because it's hilarious.

It's hard to be surprised any more. Nice posting, Pat!

Gotta watch those LSU fans around the produce