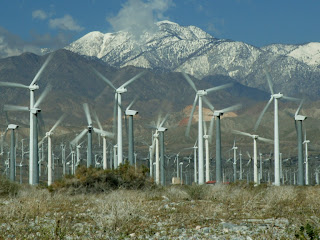 This is Representative John Fleming's statement on the Cap and Trade bill; I'm posting it in it's entirety. Fleming represents my district. (All emphasis mine).

“It’s time that my colleagues on the other side of the aisle come clean about the cost of cap-and-trade, more accurately described as ‘cap-and-tax’, which is nothing more than a $646 billion national energy tax. This is a bad energy policy that will cost the average American household more than $3,100 per year -- turning on the light switch will mean a 40% increase in utility costs. Impoverished and low income earners cannot make up this increased cost and will be the hardest hit by this policy.

It is not just monthly budgets that will be negatively affected, but jobs and industry as a whole will suffer. We will likely lose 3 to 4 million American jobs if “cap-and-tax” is enacted. Businesses will take whatever necessary measures to decrease the negative effects of this policy; whether it be passing the cost to the American consumer or laying off workers to compensate for the increased cost. Companies looking to invest in our economy will simply move overseas to escape this enormous tax increase and flee stringent environmental protection laws. “Cap-and-tax” will serve as an economic stimulus for countries like India and China, who stand to receive the benefits of an influx of outsourced American business and jobs.

Just last week I received a letter from hospitals in the 4th District of Louisiana who are gravely concerned about this Administration’s energy policy. As one of the state’s leading consumers of electricity, these hospitals wrote to warn me of the expected effects of such far-reaching radical legislation. They have assured me that, if enacted, these policies will force them to dramatically raise healthcare costs on consumers to make up for their increased utility bills.

I too want to protect our environment, but believe we must do it in a way that keeps energy costs low for working families and protects our jobs and small businesses. Cap-and-tax will do nothing to cap greenhouse gases, but it will set the United States at a global economic disadvantage. Simply said, this tax proposal will cap our growth and trade our jobs.”

Michelle Malkin has the list of those that are undecided or leaning. Find out what your representative thinks and then go here to get his number, talking points, and a feedback form.

If you live near me, in Texas or Mississippi for example, there are some leaning yes. There are also some undecideds. Check the list. Make the calls! This is a BAD bill and god knows they haven't even read it. Hot Air reports that a 300 page amendment was dumped on the 1000 page bill just this morning. You think they're going to read that before they vote?
Posted by Pat Austin Becker at 8:10 AM