Full Metal Jacket Reach Around: The Glad It's Over Edition 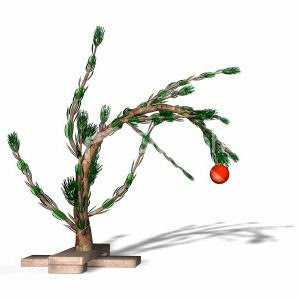 It's the after Christmas edition of the Saturday Reach Around. This one's going to be short and sweet because I can't wait to get this dead tree out of my house and Christmas boxed up for another year. I never got into the spirit at all this year and mostly couldn't wait for it to be over. I hate it, but it just happens some years that way.

I've had some real life distractions over the past month and just couldn't get my mind in play for Christmas. Maybe next year. In fact, I haven't even been blogging regularly and my stats are so far in the tank I may never rebound! Pitiful!

At any rate, let's get linkin':

Ann Althouse has some fun with Google maps and suggests that Obama (and all presidents, for that matter) not get so far away from home.

Speaking of the Obama Hawaiian vacation, Pundette adds up the expense. Fat cats! Ha! Gateway Pundit has video of the digs.

Legal Insurrection reports on the Times of London's person of the year; amen to that.

Smitty, at The Other McCain, comments on the parting shot from Congress as they left town.

Bread Upon the Waters likes my campaign to send a retirement card to your Congressman and also laments the crap weasels in Washington who are selling us out.

Okay. I know it's short and I'll add more later. I have GOT to get rid of this dead tree. Now.

Update: The tree was on the curb at 11:42. Not quite a record (that was the year I put it out on Christmas Day). Almost everything is packed and boxed and I'm thinking about breaking out the Mardi Gras decorations. Now THAT I might can get into this year.
Posted by Pat Austin Becker at 9:25 AM