The War on Terror Does Not Exist in Obamaland 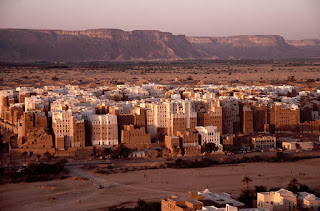 The Wall Street Journal makes note in an editorial today that the Underpants Bomber will be treated by the Obama administration as any other criminal. We are voluntarily foregoing the opportunity to obtain more information from him through lengthy interrogation. There is no "war on terror" anymore, you see? Never mind that terrorism attacks are on the increase. So, this man is a criminal suspect. Not a terrorist.

This increasing terror tempo makes the Obama Administration's reflexive impulse to treat terrorists like routine criminal suspects all the more worrisome. It immediately indicted Mr. Abdulmutallab on criminal charges of trying to destroy an aircraft, despite reports that he told officials he had ties to al Qaeda and had picked up his PETN explosive in Yemen. The charges mean the Nigerian can only be interrogated like any other defendant in a criminal case, subject to having a lawyer present and his Miranda rights read.

Yet he is precisely the kind of illegal enemy combatant who should be interrogated first with the goal of preventing future attacks and learning more about terror networks rather than gaining a single conviction. We now have to hope he cooperates voluntarily.

This is the point I was making yesterday, as was Andy McCarthy. This guy should have been subject to lengthy interrogation so we could attempt to learn what his actual connections with al Qaeda are. He claims to have picked up his PETN explosive in Yemen. Don't we have any questions about that?

The WSJ also questions the wisdom of returning Gitmo detainees to Yemen:

Mr. Abdulmutallab's alleged links to Yemen also raise questions about why the Administration is now returning Guantanamo detainees to that unstable Middle East nation. Pentagon officials have raised alarms about Yemen as an emerging al Qaeda sanctuary for at least a year, and now we may have the first case of a terrorist trained there to strike at U.S. airline or domestic targets. The Yemen government says it is cooperating with the U.S., and the CIA is said to be providing intelligence for some of Aden's anti-al Qaeda efforts. But at this point the repatriation of Gitmo detainees to Yemen seems dangerous, and recklessly so.

In light of the NYT report today that we've known and are actively working on terrorism cells in Yemen, why are we sending trained jihadists back there?

Team Obama can't stick their collective heads in the sand and pretend that al Qaeda has dropped its war against us because we elected Obama. They still hate us. They still want to kill us. Jennifer Rubin sums it up nicely:

Ordinary people, I suspect, are increasingly appalled by all this. And if we are not so lucky next time, the Obama administration’s sloth in conducting the war on terror will result in tragedy and their own political ruin.

Update: Add to the discussion this from ABC News: "Umar Farouk Abdulmutallab, charged with the attempted Christmas Day bombing of Northwest Airlines flight 253, told FBI agents there were more just like him in Yemen who would strike soon. "

Update 2: Add Michael Goldfarb to the list of the outraged: So a maximum of 40 years in prison, and perhaps the chance to get time off for good behavior. Of course, we also don't get to interrogate him to find out who he was working with and what other plots are out there. If he were treated as an enemy combatant and transferred to military commission system, we could use Army Field Manual techniques without Miranda (not as effective as enhanced techniques, of course, but much better than standard police practice). We could use his non-Mirandized statements against him in military commissions, so long as the statements were not forcibly coerced and were otherwise reliable. Instead, it's three squares a day, the best legal defense the ACLU can provide, and maybe the chance for parole before the kids he was trying to kill on that plane even make it out of college.

(More at Memeorandum)
Posted by Pat Austin Becker at 9:19 AM