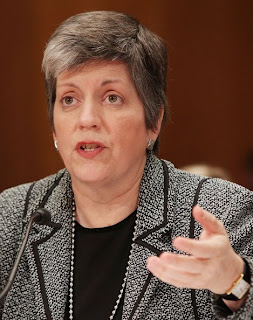 Andy McCarthy is making the same point that I, and probably others, was making earlier today with regard to the Underpants Terrorist. Since this administration treats terrorists like shoplifters, Umar Farouk Abdulmutallab will likely exercise his right to remain silent, lawyer up, and reveal nothing to investigators.

Imagine the information this clod could provide if he were actually treated like a terrorist! Training with al Qaeda in Yemen is bound to be somewhat interesting to interrogators. Any knowledge of future attacks? Names of active terrorists? Locations? Anything? No, as a result, we'll get nothing but, as McCarthy puts it, a "success" in the books of the Obama administration for catching a terrorist:

Here, no thanks to the government, the plane was not destoyed, and we won't get to the bottom of the larger conspiracy (enabling the likes of Napolitano to say there's no indication of a larger plot — much less one launched by an international jihadist enterprise) because the guy got to lawyer up rather than be treated like a combatant and subjected to lengthy interrogation. But the terrorist will be convicted at trial (this "case" tees up like a slam-dunk), so the administration will put it in the books as a success ... just like the Clinton folks did after the '93 WTC bombers and the embassy bombers were convicted. In their minds, litigation success equals national security success.

Honestly, they don't get it and it scares the crap out of me.

Maybe this is what Napolitano meant when she said "the system worked." Maybe she's thinking about the future conviction. What a dolt.

Because, trust me, "the system" didn't work. And it isn't going to at this rate.
Posted by Pat Austin Becker at 4:12 PM

This woman, as well as the other idiots in the current administration, is living proof that you don't let children play where adults need to work.

If it weren't so damned serious, watching Obama and his League of Nincompoops would be hilarious, but millions of lives are at stake, as well as the well being of this county, so it's not one bit funny.