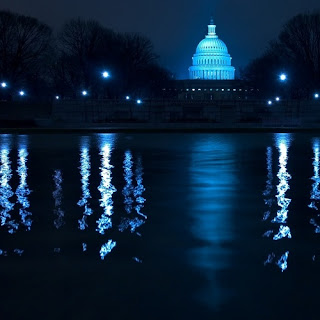 1:00 A.M. tonight. That's when the Senate will vote on cloture for the Reid-Baucus-Dodd-Harkin amendment #2376.”

What kind of Senate does business like this? Voting in the dead of night, conducting business behind closed doors, totally and completely corrupting and hijacking the legislative process, buying votes and trading favors...it smacks of corruption, lies, and dirt. One feels used, ignored and belittled as an observer in this whole process.

Harry Reid's version of Obamacare is the worst one yet. And it's about to pass the Senate. Michelle Malkin points out that illegals will be covered as federal dollars will be used to fund abortions, despite what Obama tells us. The American President is simply lying to the people.

Mary Landrieu's vote was bought. Senator Nelson's vote was bought. No telling what else went on that we don't know about yet. Is it too much to ask that those we send to Congress actually stand up and represent what the people want? The majority of the American people don't want this health care bill. Reform, yes. This bill? No.

This bill will do nothing to reform the health care industry. It just won't. It will make it more expensive. Your own premiums, if you have insurance currently, will surely go up; meanwhile, your taxpayer dollars will be going to buy insurance for other people, some of whom don't even want coverage. They won't get a vote.

It will do nothing to lower costs of medical care. Care will be rationed and more difficult to get. You'll have to wait longer to see your doctor, that is, if he stays in practice. With the influx of millions into the system, Medicare and Medicaid will be overwhelmed.

Honestly, it's all bad. I can't find anything redeeming or good in this bill at all. I've tried. It's just not there. The pious can sit back now and say, "Oh we've done well! We're going to cover the poor and underprivileged so they, too, can have health care insurance! Equality and Coverage For All!" Bull hockey.

All you've done is degrade the system for everyone else.

You haven't improved one damn thing.

And in the dead of a cold winter's night, it's coming. Your cheap, bought-off representatives in Washington are sneaking the big one over on you. Destroying the American economy, capitalism and free enterprise. Making us like Europe, like someone we don't want to be.

If it's so great, why isn't Congress going to be covered by this abomination? Because they KNOW it's bad.

You are correct on all accounts and that is why we will be kicking their asses out next election and hopefully turn this disaster around.
Merry Christmas and a productive New Year!

Calling a vote in the middle of night implies that our senators are ashamed of their actions. They should be.

Quoted from and Linked to at:
THESE DAYS
-----
It's Time To ROC 'N' ROLL:
Restore Our Constitution & Restore Our Lost Liberties