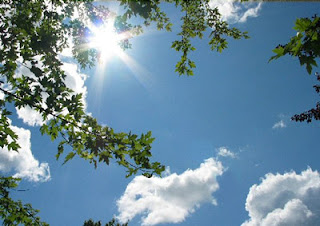 Sick of the wall-to-wall coverage of the over-hyped Hurricane Irene?  Let's partake of an anti-Irene linkfest:

The Lonely Conservative reports on Obama's Illegal Uncle Omar who apparently had a run-in with a patrol car.

Les Carpenter at Left Coast Rebel is definitely not a Rick Perry fan.

Don Surber reports Obama has hit a new Gallup low.  (But will he get a "hurricane bounce"?)

The Pirate's Cove has the Sunday linkfest up.

Smitty at The Other McCain reports on why most Americans won't embrace the progressive left.

Doug Ross has the story on the DoJ war on Gibson Guitars.  The Sundries Shack also reports.

Reaganite Republican has an excerpt from Dick Cheney's book, via Drudge.

WTH is Bloomberg thinking banning first responders and clergy from the 9/11 ceremonies?  Bread Upon the Waters has the story.

The Camp of the Saints amuses with Adventures in Spamland!

Pundette posts on the ridiculous regulations on kids school lunches.

Ah!  Not a single hurricane post in the bunch, although if that's what you're craving, there are plenty of those out there.