Full Metal Jacket Reach Around: The End of Summer Edition 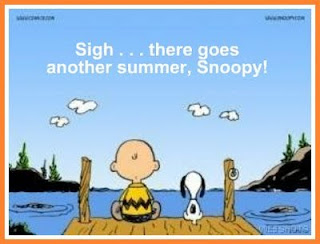 So ends the last week of summer.  I'm back to work tomorrow - Open House on Sunday at 2:00.  I'm not complaining; the way the economy is tanking, I'm glad I have a job.  Of course, everything is going up except my paycheck and I bring home less than I used to but you find ways to cut back.

It's been a good summer.  Steve and I have taken several little day trips, I've spent lots of time in Minden with my friend Milly Rose, we acquired some nifty antiques for the house, I've learned a lot about my new glass collecting hobby and have enjoying finding pieces that interest me.  My mom has stayed healthy and out of the hospital.  Steve retired.  I've completed a couple of restoration projects on some antiques.  I've read some books.  All in all, I can't complain!

Let's round up some links:

Nothing like a little colonoscopy prep to get things going.  Camp of the Saints was the lucky man.

Legal Insurrection has a post which reminds me (as if I forgot) how noxious Obama is to me.  What a hypocrite he is.

American Power has coverage of the NATO helicopter tragedy in Afghanistan today.

Pundette rounds up some links on the downgrade that came down last night, as does Doug Ross.  Wyblog asserts that the destruction of America was Obama's plan all along.  At Pirate's Cove, it seems that Matt Yglesias has declared the entire downgrade to be Boehner's fault. Ed Driscoll has a must-read post on the whole thing.

Bread Upon the Waters also has some thoughts on the downgrade.

Grandpa John made me laugh!

Troglopundit is on Favre Watch.  (Speaking of football, I went to a garage sale this morning and the guy was selling two spectacular framed and matted panoramic pictures of Tiger Stadium on a football Saturday night.  They were WAY out of my price range but oh they were pretty!)

Paco has a splendid new opus for your reading pleasure!

Phineas at Sister Toldjah looks for the silver lining in the downgrade.

Saberpoint introduces you to a new blog in his blogroll.

The Other McCain is doing some great reporting from Steve's home state of Iowa.

That's it for now.  Back to bleaching linens and figuring out what to wear to work this week.  What can in fit in to now that I've eaten my way through summer?  Gasp.
Posted by Pat Austin Becker at 2:21 PM

I too posted about Mr Yglesias, in effect, why is this man blogging? He has nothing meaningful to say about the real world.

I think i will read his book, "Heads in the Sand," since he seems to know his subject well.

Best wishes for a fun first week back at school!

I think we have two more weeks before school starts up again here. Then I will wave to the bus driver on the way to work, and all those little Fall season traditions will start up. :-)

Thank you for the link - much appreciated!