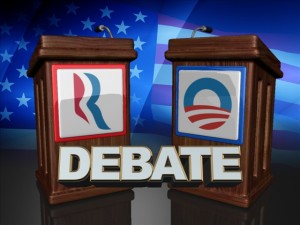 There is much to blog about in the political realm this week; I hardly know where to begin.

I'm stunned by this report from The Hill:

Had the Navy SEALs captured Osama bin Laden, the United States would have tried him in federal court, President Obama said in an interview published by Vanity Fair.

“We worked through the legal and political issues that would have been involved, and Congress and the desire to send him to Guantánamo, and to not try him, and Article III,” Obama said, referring to the federal courts.

“I mean, we had worked through a whole bunch of those scenarios. But, frankly, my belief was if we had captured him, that I would be in a pretty strong position, politically, here, to argue that displaying due process and rule of law would be our best weapon against al-Qaeda, in preventing him from appearing as a martyr,” he said.

Allahpundit isn't buying it for one second:

Self-serving nonsense, presumably being pushed by O as a bit of election-season candy for the Gitmo critics in his base. See, he still believes in due process, the drone strikes and “kill list” and indefinite detentions notwithstanding.


And on a related note, congressional approval be damned, Obama has ordered the Justice Dept. to move ahead with the acquisition of Thomson son prison in Illinois.  We've been through this.  Andrew McCarthy:

The move is drawing irate responses from key members of Congress, such as Representatives Frank Wolf and Hal Rogers of the House Appropriations Committee, and Pete King, who chairs the Homeland Security Committee. But the question, of course, is whether they will do anything about it. Congress is not without remedies here; it can start slashing money from the Justice Department’s budget and other areas where the administration will feel it. To this point, though, despite serial provocations, they’ve shown no indication of a willingness to do that.

More on that at Memeorandum.

And then, of course, there is the now infamous "race video" which is just disgusting.  Has there ever been a more divisive, race-baiting, class-warfare mongering, pandering president EVER?  Can't think of one.

Oh, and let's not forget about the stonewalling this administration is doing on the Libya investigation.

That's a lot of bad mojo coming out of this administration.  As I said, much to blog about.

But wait!  There's a debate tonight.

Yes, I'll be blogging, as will Legal Insurrection (and probably countless others).  I'm not sure why I'm going to subject myself to it, but I intend to try.  Time to dust off my political blogging hat.

You always do a good job. Thanks for blogging. It must be very difficult to do what you do.