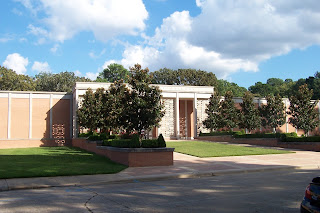 
This exhibit began in conversation. In 2011, Robert Spangler of Longview, Texas, a combat correspondent with the 10th Public Information Detachment, came to the museum to participate in our Oral History Project about his memories of life and service in the Vietnam War. That day, Bob lugged in boxes filled with his archives of 500 photographs from the war.

They revealed his work from the year he spent writing and photographing for military publications stories about soldiers around him. Bob, with his M16 rifle, rucksack, notebook and camera, spent many days sharing the danger of fellow soldiers stalking the enemy in "the bush". He photographed life aboard army aircraft and duty on fire support bases. He captured images of artillerymen as they manned howitzers, medics at work on casualties, dogs of war and their handlers, and men of many ranks from generals to privates, all in documenting a year in a distant and dangerous country.


The museum has preserved his more than 500 photographs in digital form and took 80 of those images, enlarged them to 12 x 17 size, and framed them.

He typed his stories on an old manual typewriter and printed his pictures in a makeshift darkroom built from a crate and a blanket.

His stories and photos appeared in Southern Cross, Army Times, and Stars and Stripes.

The exhibit is spread throughout three galleries.  In the first gallery was this wonderful shot: 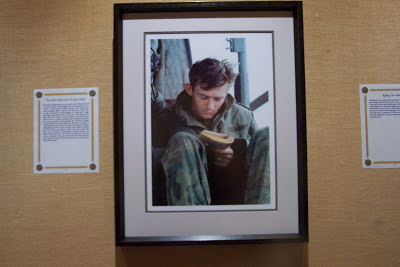 I want to know what he's reading.  The accompanying text box points out that he wore his wedding ring to the war. 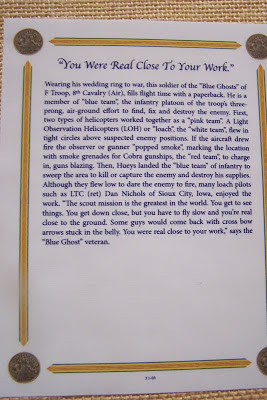 I liked this picture, too: 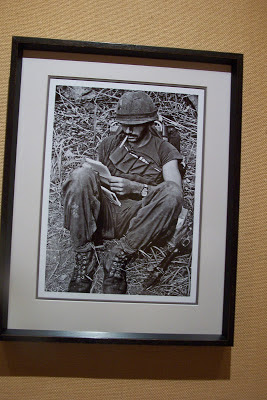 Eating on the go: 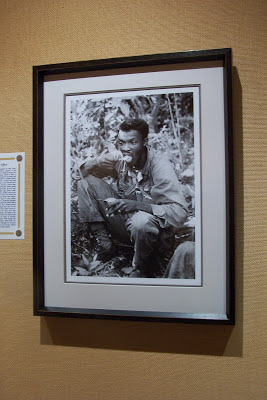 And the dog pictures... 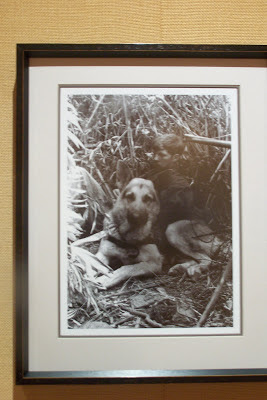 There was an exhibit of Spangler's uniform and his cameras as well as several of his articles: 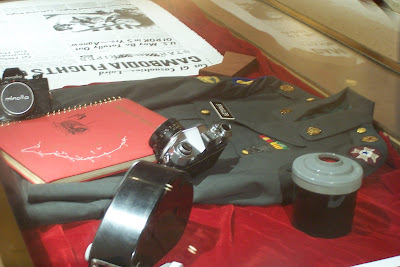 We moved on through the exhibit and I was looking at this picture... 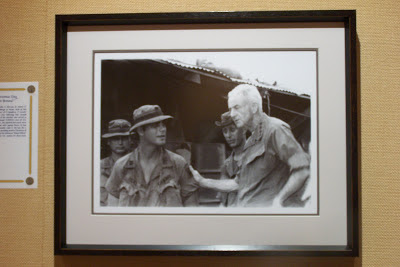 ...which is of John McCain's father taken on Christmas Day 1970.  At the time of this photograph, his son was spending Christmas as a prisoner in Hanoi Hilton.  I was busy reading the text block when someone walked up to us and thanked us for coming to the exhibit.  It was, of course, Robert Spangler.  What an honor! 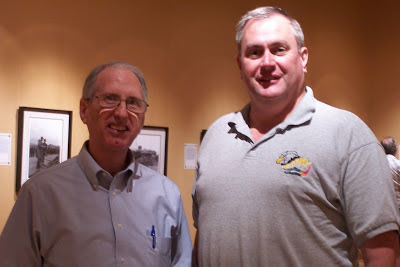 He was just mingling among the patrons visiting with anyone who had questions, comments, or stories to share.

In September of this year, the Norton brought in several of the men in the photos to see the exhibit.  It was a reunion of sorts, and was the first time they had seen each other in 40 years.  There's a framed image from the flyer hanging near the exhibit and all of the men signed the mat. 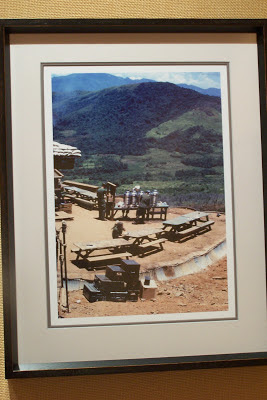 While visiting with Mr. Spangler, he told us that there was a catalog of the exhibit for sale which has all of the photos on display as well as their text blocks.  We rushed up to the front to get one which he graciously signed for us.

Before we left the museum we had to check out the library which has recently opened.  Library is a misnomer, really; the books do not circulate:

One portion of this section is devoted to the James M. Owens Book Collection, a remarkable selection of early Americana, which includes such significant historical works as a 1787 copy of Thomas Jefferson's Notes on the State of Virginia and the 1808 Reports of the Trials of Col. Aaron Burr, for Treason, and for a Misdemeanor, in Preparing the Means of a Military Expedition against Mexico, a territory of the King of Spain, with whom the United States were at peace, among many others.

The crown jewel is the huge, rare Audubon double elephant folio of the Birds of America, weighing in at 40 pounds.

It is the most beautiful library I've ever seen: 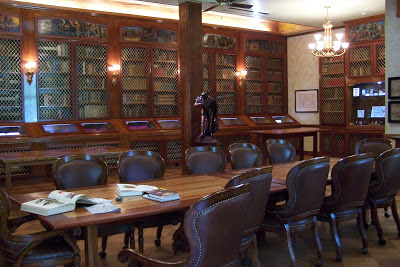 I could totally spend every day in there, quietly reading.  The room is filled with rare and precious woods and everything was made on site and locally (except for the chairs) by craftsmen and artisans.

I love the stained glass window in the office: 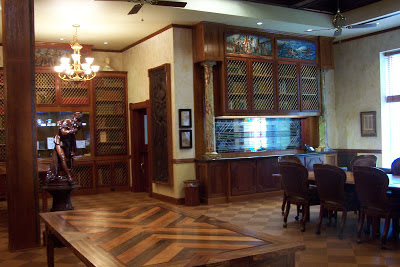 We took a quick run through the rest of the museum (they've moved a lot of things) before heading out.

If you're a local and haven't been to the Norton lately, put it on your list of things to do.

The photo exhibit leaves today but the next one coming in is The Curious World of Patent Models From the Rothschild Collection.  It opens October 23, 2012.