Make Plans to Attend the Freedom Rally This Thursday 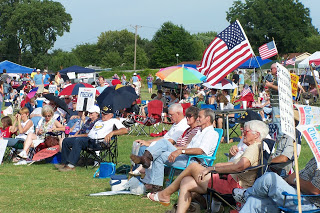 The Red River Tea Party is holding a long overdue Freedom Rally this week, Thursday, October 25 at the Bossier Civic Center from 5:30 - 7:30.

We've had several Tea Party rallies in Shreveport/Bossier since the first one in 2009 and each one gets better and better.  There will be live music, as always, and in the past there have been booths with groups distributing information (Fair Tax, etc.) or selling concessions.

I can't think of a better thing to do on a beautiful fall day right before the most important national election in recent history. 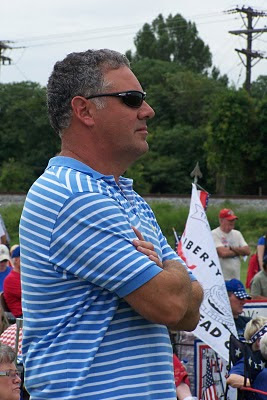 Also speaking will be veteran Sharon McCullar.  Sharon is also the proud mother of two Marines and is a small business owner.  I've heard her speak at several of these rallies and she is always a highlight.  She's brought me to tears before with her moving and powerful stories.  Her speech at the 2010 Tax Day Tea Party was epic. 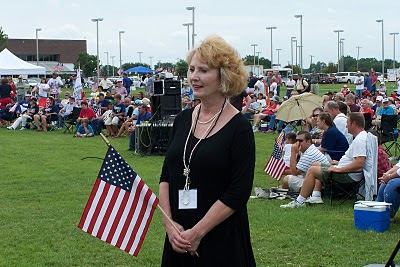 Also speaking will be U. S. Senator David Vitter and almost certainly the highlight of the day will be  C. L. Bryant's speech.

I've often told this story, but C. L. showed up at the first Bossier/Shreveport Tea Party in 2009 as just a spectator.  He had his little church in DeSoto Parish and his conservative views, and he came to see the Tea Party.  Organizer Royal Alexander started talking to him in the crowd and pulled him up on stage to speak;  his spontaneous speech that day launched him onto a nationwide platform that has culminated most recently into his acclaimed documentary Runaway Slave.  That documentary is now available in a number of digital download options.

Add this event to your list of things to do this week!  The weather is supposed to be grand, so come on out!