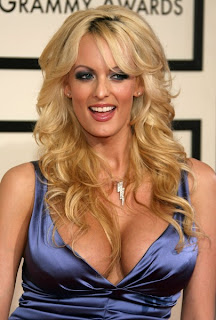 Sunday, she told Fox News, "If I was an outsider looking in, I'd think it sounds ludicrous. It really does," she said. "And I guess the whole thing is that (the public) dislikes David Vitter so much that they think I'm the best person for the job -- then I mean that's kind of scary."

She might want to check out Politico's report that "There’s no tough challenger ready to enter the ring, he’s sitting on more than $2.5 million and his approval rating is close to 60 percent," despite his previous involvement in a prostitution scandal.

One thing about Louisiana politics, it's never boring.
Posted by Pat Austin Becker at 1:20 PM

Prostitute, politician: what's the diff? David Vitter talks a good talk but his actions have been fraught with impotence (no pun intended). He talks a good game and introduces legislation that wants to be bold but where is the support? I'm beginning to think he is just hot air. What happened back in the day regarding any extramarital dalliances is between the wife, Mr. Vitter's conscience and the Lord Almighty. At this point I'm just grateful to have a pseudo-libertarian in office even if it is turning into all talk and no action. Sad ain't it?

Are the real or fake?