Take a Look at ObamaCare 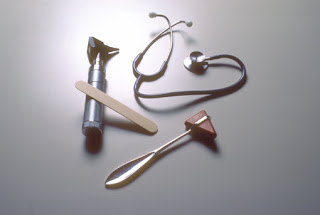 Betsy McCaughey and Keith Hennessey have both done excellent analysis of the upcoming ObamaCare plan and I don't pretend to offer any insight more relevant than what they have done. I do, however, want to pull out a couple of things that everyone should know.

One of the things that concerns me is that so many people nationwide are not going to inform themselves about this plan; then when they day comes that they can't receive the services they want or buy the drug they need, they'll wonder what in the world happened. Too many people are going to think that this issue is "too complicated" or "too complex" and just trust their government to make the right choices for them. This is so dangerous.

Both McCaughey and Hennessey have simplified the massive original document to something everyone can understand.

The government would have you believe, and the Census bureau supports this, that about 47 million people are uninsured. That's a lot, obviously. But according to McCaughey, 14 million of those already qualify for existing government programs such as Medicaid and SCHIP. "Another 10 million have household incomes over $75,000. That leaves 23.7 million people who need help affording insurance."

That's not as big a problem as 47 million.

First, Hennessey makes a list of 15 things you should know about the bill. He includes things like the fact that you will be required to buy a "qualified" health insurance plan, but we don't know yet what "qualified" is. If you don't buy one, you pay a tax. If you can't afford to buy a plan, how can you afford to pay a tax for not buying a plan?

Another item: employers would be required to offer insurance; small employers, however, wouldn't (HOW small? Don't know.) There will be no exclusions for pre-existing conditions or folks that engage in risky behavior. Everyone treated equally. This means that, according to Hennessey, healthy people will be subsidizing non-healthy people.

There will be a Medical Advisory Council that determines which services are "essential." Now that one ought to scare everybody.

You know how that worked out in Great Britain? You've heard the story about how if you had macular degeneration, you have to go blind in one eye before you get the meds to prevent blindness in the other eye. Essential.

Hennessey points out that "guanranteed issue" would dramatically increase premiums for those of us that already have coverage because you'll have to subsidize those who don't.

The ObamaCare plan is based on cost-effectiveness rather than offering the best care. Already in place, thanks to the Stimulus plan, is legislation that puts all of your medical records into a data system. Your doctor will receive electronically delivered protocols on cost-effective care. This is already in place.

Betsy McCaughey points out that to "control spending as President Obama promises, doctors will have to be instructed to provide less care." She backs this up with an example of Canadian care: "Canada post lower rates of cardiac procedures than the U.S. almost entirely be restricting their use for patients age 65 and older...". Better hope you don't have a heart attack after age 65.

In the U.K. your treatment is determined based on your age and how cost effective that treatment will be for society. That's the model ObamaCare is attempting to emulate.

McCaughey's suggestion is, rather than penalizing everyone else with inferior care, fix what is broken. Issue debit cards, similar to food stamp cards, to those 23.7 million families that need help with insurance. She estimates that this would cost $20 to $25 billion a year. She outlines in her article why this approach is better than a tax cut.

And what of the illegals that are uninsured? McCaughey points out that "in San Francisco, 61 percent of the uninsured are not U. S. citizens." Do we cover them, too?

The ObamaCare plan focuses on preventative care but McCaughey makes the point that not all medical issues are preventative. She asserts that families with a cancer history, people with MS, Alzheimers, Parkinson's, etc. should be especially concerned about this aspect of the plan.

Read both of the articles linked above; they are both common sense, clearly stated and scary. Obama wants this done by the end of the summer. Is this the kind of medical care we want? Certainly nobody is trying to deny medical care to anyone, but this plan is not the right plan. The costs are exorbinant, he's not said how he's going to pay for it, and it treats everyone exactly the same, which in medical care just can not be the case.

Either way, however you feel about it, get informed.
Posted by Pat Austin Becker at 12:42 PM

This post has been linked for the HOT5 Daily 6/10/2009, at The Unreligious Right