Uighurs Pack Their Bags for Tropical Paradise of Palau 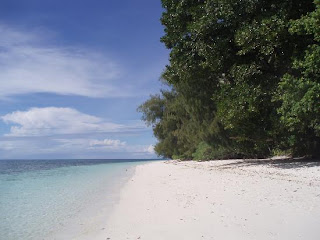 As reported yesterday, the Uighurs are indeed going to Palau. At a cost of $200 million. What a deal. At least they'll still be in the tropical climate they've become accustomed to at Club Gitmo.

Seriously, all kidding aside, what surprised me today was the information that the Obama administration had contacted 100 governments to take the Uighurs, all of which refused. One hundred! That doesn't say much for this administrations diplomatic efforts. Nobody wants these terrorists. Kirsten Powers was on Fox this morning trying to make the case that the Uighurs aren't terrorists because they've never been convicted of anything; she said they are welcome in her neighborhood anytime.

Thomas Joscelyn at Weekly Standard has been covering these guys extensively and he wrote today, as a reminder, that "all 17 Uighur detainees are either members or associates of the Eastern Turkestan Islamic Movement (also known as the Turkestan Islamic Party), a U.S. and UN-designated al Qaeda affiliate. Most of the Uighur detainees have admitted they were trained at ETIM/TIP training camps. And at least eight of them have admitted that Abdul Haq, a member of al Qaeda’s elite Shura council, ran the training camps where they learned to wage jihad."

We may not have caught them with a stick of dynamite in one hand and a match in the other, but it's pretty darn close.

What I've not yet been able to determine is the conditions for this deal. The New York Times says that Palau is going to "temporarily resettle" them (for $200 million), but how long is temporary and under what conditions? Do we get a refund if they only stay a week? Will they be free or confined? They'll be reviewed "periodically" whatever that means, but how closely will they be monitored?

Now the question remains as to what to do with the 100 or so Yeminis that are there. If the Uighurs are "not terrorists" and are the best of the lot, what about the Yeminis? How much will it cost us to get rid of them?

Michael Goldfarb posted this Survivor reminder this morning; sign me up!

Email ThisBlogThis!Share to TwitterShare to FacebookShare to Pinterest
Labels: Uighurs