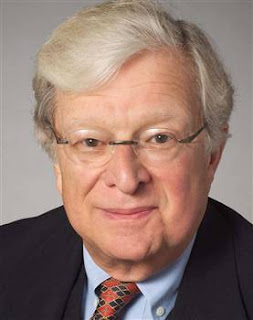 The Inspectors General scandal is getting interesting. It's been so complex and is tangled up on so many levels that it's been difficult for me to follow completely. Robert Stacy McCain and Byron York are both doing great work in keeping the story moving and keeping people informed; plus there is this new blog which helps keep up with all the developments.

This is really more than one story. I call it the Inspectors General scandal, but there are three that are of interest and the stories are not necessarily related. That's the thing - nobody knows for certain.

The one that has had my interest from the beginning is the case of Gerald Walpin. For those of you just catching up, Byron York breaks it down pretty easily in his latest Examiner article. Here is what happened in plain, simple terms:

Kevin Johnson is the mayor of Sacramento. Gerald Walpin was the Inspector General who scrutinized AmeriCorps, "one of Obama's favorite federal programs."

AmeriCorps gave an $800,000 grant to Kevin Johnson (who is also "an influential friend and supporter" of Obama).

Walpin investigated Johnson's misuse of that money, Johnson was suspended from receiving any more federal grants, and this put Sacramento in danger of not receiving stimulus money.

Enter Lawrence Brown, U.S. Attorney for Sacramento. Brown makes a sweetheart deal that gets Johnson off the hook which means Sacramento is eligible for stimulus money. Brown then denounces Walpin.

As York points out, anybody with common sense can see that is odd.

Within days of Matsui’s statement, a settlement was reached. Johnson was unsuspended, and in a particularly unusual move, acting U.S. Attorney Brown issued a press release hailing the arrival of stimulus funds. “The lifting of the suspension against all parties, including Mayor Johnson, removes any cloud whether the City of Sacramento will be prevented form receiving much-needed federal stimulus funds,” Brown wrote.

Republicans on the Judiciary Committee want to know why a U.S. attorney was touting his own actions in bringing stimulus money to the city. That’s not the normal role of prosecutors. “We need to hear whether the settlement in this case was tainted in any way by political influence or political factors,” says the senior Republican aide.

Both Brown and the White House refuse to answer any questions by the Oversight Committee.

This is but one thread in the Inspectors General scandal. And it's just beginning to unravel. Keep your eyes on this one.
Posted by Pat Austin Becker at 11:43 AM