Barbara Boxer descended into new levels of ignorance last night on national television on Hardball. You may recall that the left is claiming that nobody is really upset about Obamacare, that all these town hall protests we've seen in the past several days have been engineered by Big Insurance Companies, and that the "majority" of the people want Obamacare. Boxer now contends she knows this to be true because the protesters are too well dressed. WTF?

If you freeze it at about :39 and just take a random sampling, one guy is wearing shorts that look sort of like these cargo shorts 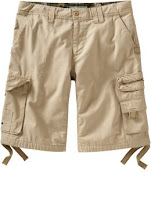 Which are about $25 at Old Navy. There's someone wearing a t-shirt similar to this one, and sticking with Old Navy, it's about $8. 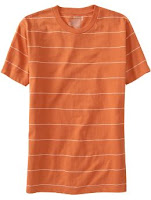 So if Boxer thinks these folks are "too well dressed" to have opinions of their own sufficient to drawing them to a town hall protest, what DOES she think the common masses would be wearing? Rags?

Michelle Malkin points to this quote by The White House yesterday in which Robert Gibbs calls the protests "manufactured anger":

The White House on Tuesday dismissed protests against President Obama's health care reforms in multiple states over the weekend as "manufactured anger" orchestrated by right wing groups and the Republican party.

"I hope people will take a jaundiced eye to what is clearly the Astroturf nature of grass-roots lobbying," said White House press secretary Robert Gibbs during a morning off-camera session in his office with reporters.

"This is manufactured anger," he said.

Seriously? Is that to say that these people don't have an argument? They just made it up?

Newsbusters has more on this, including a quote from Chris Matthews expressing shock that the nicely dressed middle class might protest Obamacare: "Wow!...It's not usual to see the middle-class in up arms, but these people look pretty well-off. They don't look like rich people but they certainly are not poor people demanding health care. Apparently they have what they want, they don't want it touched."

Between Gibbs, Matthews, and Boxer, I think the whole lot of them are totally out of touch with the American people. Whatever one's position on health care, Cash for Clunkers, Cap and Trade, the American people have a right to public dissent and protest.

I was unaware there was a dress code for that.

Update: I'm reminded by a reader that there may in fact be a dress code for protests: 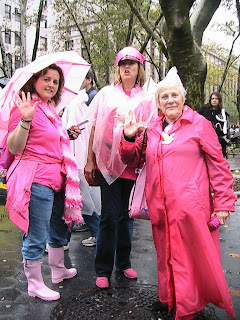 For the last eight years dissent on anything Bush was patriotic. Now, it is unpatriotic. Dissent on Cap & Trade, Healthcare, etc., is being manufactured by evil corporations, right-wing extremists; organized angry mobs are showing up at townhalls. Ooops, wait a minute; organized, angry mobs is outlined in a community organizers play book.

Boxer must not believe our protests because we are too well dressed. To her, authentic protests carry the stench of patchouli and b.o. Thankfully we don't have to convey that because many of us 'protestors' work for a living and are familiar with a bar of soap.

You can only be "Grass Roots" if you wear, "Code" Pink or red T-shirts with an ACORN emblazoned on the front. Next time, we will have to get with the program. Do you think Sorose might buy them for us, too? With the numbers we are pulling in, I bet he could get a really great discount.