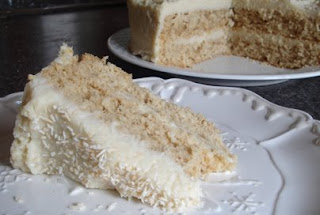 I'm celebrating my blog's birthday this weekend, so this is the Full Metal Jacket Birthday Edition. Have some cake and click on some of these links, will ya?

Let's start off with this picture from Grandpa John's. Some blogs are running caption contests on this one, but it shows the real dynamics between these men. Ann Althouse is also running the picture with her own classic take on it!

Speaking of caption contests, Flopping Aces (who never links me) has a great caption contest photo. Oh the ideas! And you could win a cool t-shirt! Go look!

Sister Toldjah also had a fun little caption contest. I like her caption!

Jim at Gateway Pundit has taken his mother home to be buried in Iowa. Please continue to pray for him as he completes this difficult journey. He has posted some lovely pictures of Iowa today, and I swear the second one could be in Sheryl's yard (Sheryl is Steve's sister, folks.) Iowa is a gorgeous place and I love it. If you missed the sad news about Jim's mother's passing, read his tribute to her here.

Bride of Rove investigates what it would be like living in a communist country. Then rejects the idea. :)

Pundette has an interesting post on the bizarre science czar John Holdren.

Robert Stacy McCain is connecting the "bones" in the IG-Gate story. Chris Dodd?

Fishersville Mike has a Reagan moment you should watch. Really, it's only a moment.

Donald Douglas at American Power has an interesting post about those Secret Service guys pulling guns on the Tea Party. Video and pictures included.

Snaggletoothie has a nifty Ann Coulter clip re: racial profiling. Does it exist? If you want to know what Ann thinks, go see. Plus, snaggles always has great pictures; LOVED the three tigers in the tub yesterday. Great stuff. And don't forget the classic car at the bottom of the page.

Doug Ross has a wonderful article on Eric Holder. We're screwed. On a lighter note, I spent way too much time watching the Fish. Speaking of Eric Holder, don't miss this article by Jules Crittenden.

Yukio at Critical Narrative has a disturbing post about Iran, and asks the question, "How long has it been since Obama even mentioned Iran?"

I'm tired of the birther issue. I know it's still very important to a lot of folks but I wholeheartedly agreed with the NRO editorial on the issue. Professor Jacobson weighs in on it this week with this post and suggesting that it's too late to "unring the bell" on that story. He's probably right.

Jimmie at The Sundries Shack (I'm loving the blog redesign he did recently) has a post on the Cash for Clunkers debacle. Don't miss it. Monique Stuart also has a wonderful post on it. Why are we paying to buy news cars for people? Left Coast Rebel also weighs in.

The Daley Gator proves Rosanne Barr is a waste of oxygen.

Carol at No Sheeples Here looks at Obama's Medal of Freedom recipients and is not impressed.

The funniest post I read all week was Sarah's My Liberal Bath. You need to laugh? Go read it! It's all true.

Okay, off to do Saturday things. Have a great afternoon!
Posted by Pat Austin Becker at 8:26 AM

Thanks for the link!

Thanks for the linkage :-)