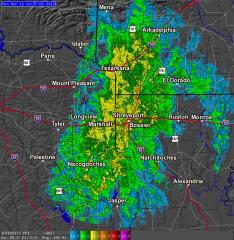 We've been under a long, soaking rain for the past couple of days which has actually been nice given that we had a terrible drought last summer from which we still haven't fully recovered.  I'm roasting a chicken for dinner, the dogs are curled up sleeping inside, and Mr. SIGIS is watching "Storage Wars" and spring training baseball.

Back in September I bought a Dell Streak and have spent the ensuing months tweaking, adjusting and experimenting with it trying to convince myself that it's just as good as an iPad.  Even though Android has lots of apps in their Marketplace, I've not been as happy with them as with the apps on my iPhone.  However, I use the tablet primarily as a reader and so when I finally found the Pulse app, my affection for my Streak has improved.  The larger screen of the tablet makes reading my favorite blogs and sites much easier than on the iPhone.

Pulse enables me to read a variety of periodicals and it gives me the option to select sites from my Google reader to put into the feed.  My Streak and I are getting along better now and while it's not exactly an iPad, it'll do for what I want it for.  Anyway, that's what I've been playing with this morning: updating my Google reader subscriptions and adding them to Pulse.

Some links from my blog surfing:


Santorum has no money and no organization. He’s about as much an heir to Ronald Reagan’s political legacy as Ron Reagan Jr. is. As a candidate, the original Reagan was more than just a good-looking guy with an upbeat outlook and optimistic message for America. Ronald Reagan was a CEO. Over the years, he had proved himself to people inside and outside politics, enough so that when he ran for president in 1980, he had an organization.

What does Santorum have? He can barely put together a partial slate of delegates.

I'm guessing Don is going for Mitt Romney, then.  It's just dismal.  I'm sick of the Republicans eating their own throughout this campaign and have been disheartened about it for some time now.  I'm really tired of picking the lesser of two evils when I vote.  I want to vote for someone I'm excited about.  Meh.

William Teach is sure to get some liberal women fired up with this one:

For all their talking of empowerment and being their own woman, liberal women sure do seem to like being treated as incapable of using their own thoughts and taking care of themselves, and instead expect to be treated as morons and a voting block, taken care of by a man, or, well, if we’re talking liberal men, a metrosexual.


He is, of course, referring to Team Obama's strategy to appeal to women as a voter block as reported by the New York Times today.  Just don't call them "babe."

Bread Upon the Waters reports on a prayer vigil being organized by Team Obama for the purpose of shaping public opinion on the ObamaCare law prior to the Supreme Court consideration of the case:

This inquiring mind wants to know: Will open displays of the cross and other religious symbols be permitted in the public square at Obama's event, unlike the religious symbols at Georgetown that were covered as a condition of Obama speaking there?....

....Sadly, in the eyes of this administration, prayers and acknowledgements of the Divine are political tools.

Bride of Rove is preparing for the worst:

Think of it like the Zombie Apocalypse. My husband has been selling off things like the golf cart and boat parts and other toys so he can buy guns because, he says, they only way to stop stupid is with bullets. We hope it doesn’t come to that, but, honestly? It’s already at the gates and spreading. I did my part and bought a case of Spam and a huge bag of rice. I think we’re good. Because if and when Obama wins in November? The economy is only going to get worse. On the up side, I think Obama may be planning to start World War III this summer via Israel and Iran so … well … applying distopian survival theory, we could crawl our way out of this after all, if we survive it.


It's a depressing post but one you should probably read.  Mr. Bride of Rove is simply convinced that Obama will win in November.   If he does you can only blame the Republicans for leaving us with this sorry field of candidates.  I'm going to buy a case of Spam, too, I guess.  A truckload.  Because, BoR is right - if Obama wins, we're done for.  For more on this, see Doug Ross.

On the local front, in Jindal watch, C.B. Forgotston laments the decline of the first amendment in Louisiana as he reports on the firing by Jindal of a state employee for expressing her views in legislative testimony.  American Press has an editorial today about the firing:

On Tuesday, Martha Manuel, executive director of the Governor’s Office of Elderly Affairs, testified before the House Appropriations Committee that the governor’s plan to shift her offices to the state Department of Health and Hospitals would not be in the best interest of elderly residents.
She said Jindal never consulted her about his plan and only learned about it when she saw the office’s budget had been moved in the governor’s budget proposal.

By Wednesday morning, Manuel was unemployed, unceremoniously fired via a phone call from Tammy Woods, Jindal’s community programs director.  Asked later that day about the termination, Jindal said he had decided to go in a different direction.  Bottom line: Manuel, who was appointed to the position by Jindal in February, 2011 and made $88,587, is out of a job.

All appointees like Manuel serve at the pleasure of the governor. It’s always been that way in Louisiana and always will be. But her ouster on the eve of the legislative session’s opening sends a chilling message — dissenting opinions by Jindal’s department heads and undersecretaries will not be tolerated.


This is interesting and we'll probably be hearing more about this in the days to come.  I suspect there is more there.


The thunder is rumbling across the sky and the world outside my door is gray and inundated with water.  Tornado watches and flash flood warnings are all out.  The chicken is about roasted so I'm off to tend to that.  Enjoy your Sunday.