End of Summer, Looking to the Fall 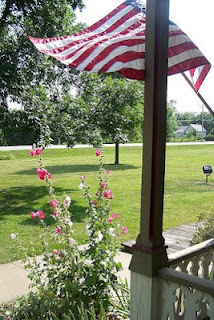 School starts for me on Sunday - summer is over.

We have open house Sunday afternoon and then I'm back to work on Monday.  Doesn't it seem to get earlier every year?

I'm spending this week getting ready to go back to work, hitting those doctor appointments I put off during the school year (and have put off all summer), doing some back to school shopping, and finishing a few books that were on my summer reading list.

Emotions are high right now with so much on the line in November.

Or are there just that many uninformed people out there?  As K. Carl Smith said in Runaway Slave, voter apathy comes in two forms.  Those who don't vote and those who don't care how they vote.

You can't vote for Obama just because you think he's "cool" or "hip."

Four more years of Obama's policies will kill this country as we know it; this is the real deal, people.  This is not a drill.  It's time to do your research and pay attention.  Do not rely on the media (or blogs!) to tell you what to do.  Read.  Research.  Look at the issues in an historical context and figure out where you want this country to go.  Look at the future as well as the past.  Read the Constitution.  If you haven't looked at it since your middle school civics class, it's time to read it again.

There's too much on the line.

Your going back on Aug 6...that sucks! When if first day of school?