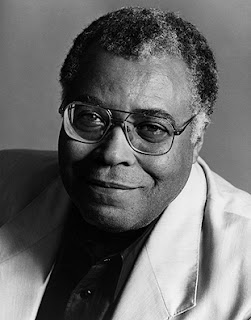 With no evidence whatsoever, James Earl Jones has declared the Tea Party racist.

JAMES EARL JONES: I think I have figured out the Tea Party I think I I do understand racism because I was taught to be one by my grandmother. My grandmother was part [tribal affiliation] Indian part black, she hated everybody and she taught all of her children and grandchildren to be racist to hate white people and to distrust black people.

DR CORNEL WEST: Who does she love then?

WEST: Nobody at all.

JAMES EARL JONES: But that allowed me to figure it out for myself. And I think I know what racism is better than anyone who has ever been a racist.


Listen for yourself here.

This drivel is exactly why James Earl Jones and people who think like him need to see C. L. Bryant's  documentary Runaway Slave.

Instead of spending time watching MSNBC, James Earl Jones should use his platform and influence to help lift people out of the tyranny of the progressives who only want to enslave lower classes to a life of welfare and dependency.

Why would anyone blindly go along with that?

I won't presume to call Mr. Jones a racist; he does say that he has been able to "figure it out" for himself so we'll hope he means that he's figured out how not to be a racist despite the teachings of his grandmother.

What Mr. Jones ought to be asking while he's "thinkin' and observin'" is why Obama got 95% of the black vote when it's Obama's progressive, liberal policies that has black unemployment at about 14%.  His policies have put more people on disability than to work.  The food stamp population has jumped from 17 million people in 2000 to 46 million people today.

The Obama administration is creating a nation of dependency rather than a fostering a nation of self-reliance, pride, and hard work.  He doesn't want people to succeed, he wants them to be dependent.

All the Tea Party wants is fiscal conservatism and for people to prosper.

Sadly the branch does not fall far from the tree.