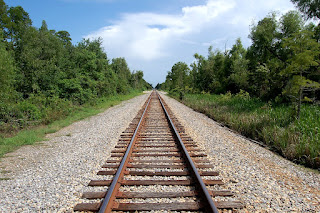 As you may have noticed, this blog has been obsessed in the past few days with C.L. Bryant's documentary, Runaway Slave.  I believe it is critical that everyone see this film; both sides of the aisle have something to learn from this movie, however I think it will take more courage from those on the left to see it because they will be challenged.  Their life long beliefs will be challenged.  I'm hoping they'll have the courage to see it.

To that end, the film is more relevant now than ever.  The topics the film discusses are all over the news these days.  That's why I said yesterday, when this film breaks nationwide on the 27th of this month, it is all anybody will be talking about.  Because they already are - they just don't know it.

Case in point:  the Obama administration's move to gut the work requirement from the 1996 welfare reform law:

Today, the Obama Department of Health and Human Services (HHS) released an official policy directive rewriting the welfare reform law of 1996. The new policy guts the federal work requirements that were the foundation of the reform law. The Obama directive bludgeons the letter and intent of the actual reform legislation.


This move is probably illegal since the original law stated that this provision was in no way eligible for waivers:

When it established TANF, Congress deliberately exempted or shielded nearly all of the TANF program from waiver authority. They explicitly did not want the law to be rewritten at the whim of HHS bureaucrats. In a December 2001, the non-partisan Congressional Research Service clarified that there was no authority to override work and other major requirements: “Effectively, there are no TANF waivers,” it reported.


But legality has never been an issue for the Obama administration.

More people have gone on disability than have found jobs.

The Obama administration is enslaving a class of people who are perpetually dependent on the government to save them.  And these people keep voting Democrat so they can keep getting handouts.

Wouldn't the better option be to create jobs so people won't need welfare?  Wouldn't it be better to create an environment where entrepreneurs can flourish and small businesses could grow?

Instead, the Democrats just want to keep handing out checks.

Wake up people!  Turn away from government hand outs and make your own way.  Create your own success.  Be a role model for someone who is looking up to you.  Break the cycle of dependency.  Don't let the Democrats enslave you to a life of poverty; you'll never get rich on handouts.

This is a clarion call to the men and women of the United States of America: make a stand NOW. You must make a peaceful and civil stand now! When you stand you shall stand upon the Constitution. We The People must say enough is enough! We have had enough of the Executive branch going around the Legislative Branch.

President Obama's motivations matter not. The results of his actions matter not. The methods that Obama has used to impose his will are unacceptable. We have a Law and limits on Executive power for a reason. Look at the DOMA Law, the Immigration issue, and not this welfare issue. The more people there are on welfare, the less money there is for everyone on the welfare rolls. By allowing the States to ignore the searching-for-work requirement yes more people will jump on the welfare rolls. This will mean less money available for them and the people already on the welfare rolls.

The Law excluded the Search-for-Work requirement from being waived for a reason. Now, without
Congressional action, President Obama and his administration has rewritten the law. In doing so he and his admin. have violated the checks and balances. They have made law without the consent of the Legislature.

He may have the purest motives. His motives don't change the fact that he is acting more like a Ruler than a Leader. Who do YOU, the People, want running the USA? A ruler or a leader:

I have had enough. I am for secession.