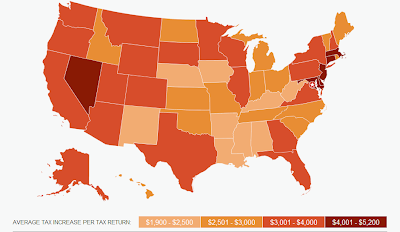 I heard a caller on a local radio talk show today say "For the life of me I can't understand why anybody would vote to re-elect Barack Obama!"

I've spent the better part of three years trying to figure out why anybody would vote for him in the first place and I've yet to find a liberal who voted for him that could coherently explain to me why they did.  All I get is mushy-feel-good tripe.

All the news around here is depressing today.  The first thing out of the gate this morning I got word that my insurance will be going up between $50 and $60 a month and the co-pay will be increasing as well.  I guess we all saw that one coming.  The closing line of the memo was a reminder that my paycheck will be less than it was last school year.

I love my job.  I really do.  I love teaching.  But this year we'll begin implementing the Common Core State Standards and a new teacher evaluation system which makes is more than extremely difficult to be scored "highly qualified" and now we'll be getting less money for it.  More pressure, less money.

It's a condition I guess we all better get used to.  Have you read Grover Norquist's piece in American Spectator today?  It's all about "Taxamageddon" and I wouldn't advise reading it with sharp objects nearby.

Basically, on January 1, 2013 when the tax cuts lapse, some $500 billion will be added to the nation's tax burden.  That doesn't include the ObamaCare taxes that will begin to kick in:

Of the 20 new taxes or tax hikes in Obamacare, four will take effect January 1, including a 3.8 percent surtax on investment income (on top of existing capital gains and dividend taxes) and a 2.3 percent excise tax on medical devices, such as wheelchairs, pacemakers, and children’s braces.


After outlining a series of tax hikes vile enough to make one want to jump off a cliff (but do it before the death tax goes up!), Norquist closes with this:

Election Day sits only 56 days from a $500 billion tax hike, and the only way to stop it is to re-elect a Republican majority in the House of Representatives, add at least four Republicans to the Senate, and install Mitt Romney in the White House. Then, through reconciliation, the House and Senate can extend the lapsing tax cuts for one year, enough time to pass a real revenue-neutral, Reagan-style tax reform, like the one outlined by Rep. Paul Ryan, which drops the personal and corporate income tax rates to 25 percent.

A vote for Obama is a vote for an immediate $500 billion tax hike and the long term continuation of Obama’s downward path toward the fate of Europe.

Which brings me back to the original question.  Why would anybody in their right mind vote for this guy?

Here is a liberal's take on Taxamageddon:

The fact is, once one rips the scales from one's eyes (the scales inserted by the likes of Grover Norquist) one realizes the expiry of the Bush tax cuts especially will lead to a new era of growth. Whatever minor immediate dip in GDP occurs, will be more than corrected for by higher productivity, more jobs and more investments....in labor, not just speculative capital.


Said liberal babbles on about "al-Qaeda phantoms" and "useless wars" before concluding that the Laffer curve is nonsense and so is a vote for Romney.

The Heritage Foundation has a page dedicated to determining how Taxamageddon will affect you and says:

It's all quite depressing.

Read Norquist's piece if you dare.

I sent Romney my donation the day Obamacare passed.
I'm with you. For the life of me I don't get why Americans are voting for Obama. AT least I don't get why they would vote for him again. Nihilists? Masochists? People in love with the idea of socialism who didn't learn anything from those who defected from communist countries? I just don't get it.

"Al Qaeda phantom": a terrorist's sbd?
Dumb-shittery aside, I'm pretty sure it was flesh and blood villains who destroyed the twin towers and continue to wreak minor havoc in Can't-win-istan so I'm not getting the whole 'phantom' allusion unless Brane Space thinks we went to war with the boogeyman.