"Fishy" Solicitation from the White House 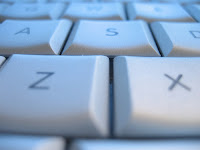 Via Memeorandum, National Legal and Policy Center, NLPC, has uncovered a move by Team Obama to capture your postings on the internet. WTF?

In the course of investigating procurement by the White House New Media office, NLPC discovered a 51-page solicitation of bids that was filed on Friday, August 21, 2009. Filed as Solicitation # WHO-S-09-0003, it is posted at FedBizzOps.com. Click here to download a 51-page pdf of the solicitation.

Doug Ross has some excellent commentary on this and I'll point you over there. Be sure and note that this is the fourth attempt in less than a month by Team Obama to manipulate the internet - we had the "fishy" website, Obama's potential to "seize the internet" in time of emergency, the David Axelrod spam regarding Obamacare, and now this.

A comment at the American Spectator post about this noted that the internet is public domain and they can capture whatever information they want to capture. The question in my mind, though, is WHY. Why do they want this information? And what are they going to do with it? Is it really the place of the government to do this?

It's Orwellian and creepy.

Posted by Pat Austin Becker at 6:23 AM

Now that all the Bush-era files on terrorists have been purged, they've got a lot of free file cabinets and might as well fill them with evidence of lese majeste as with anything else.

(Speaking of fishy: My capcha word was 'polyog'.)

Why? Because our government (particularly Obama) doesn't like being critiqued.