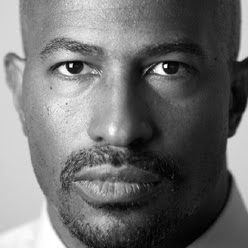 Via Memeorandum and Hot Air, among others, the Van Jones story gets even more bizarre. According to Jake Tapper, he " issued a statement Thursday apologizing for past incendiary statement and denying that he ever agreed with a 2004 petition on which his name appears, a petition calling for congressional hearings and an investigation by the New York Attorney General into 'evidence that suggests high-level government officials may have deliberately allowed the September 11th attacks to occur.'"

He clarified this statement by then saying that he "did not review the language in the petition" before adding his name.

How much confidence is this supposed to restore in us that Obama hires not only a self-proclaimed communist, a Truther, and now a guy that doesn't read documents proclaiming high-treason against the government before signing them?

I don't think this is a case in which "I'm sorry" works.

Time for Jones to resign. DLTDHYOTWO!
Posted by Pat Austin Becker at 5:09 AM

This is a worse defense than 'the dog ate my homework.' People with integrity and self-respect do not say things like this.

How many times has a person whom the Left opposes made very minor indiscreet comments, and the Left went absolutely berserk? This Jones clown has made what is very intentional comments that is racists, and we're to forgive him because those comments were in the past.
Yeah, I'll forgive him, just like the way the Left forgives those they disagree with....

Let me get this straight. He signs a document he hasn't read? And we're supposed to be okay with him managing several billions of dollars in a budget? We need to DEMAND that he is dismissed, and NOW!
Love you blog!

The only thing Van Jones is sorry for is that he has been caught.