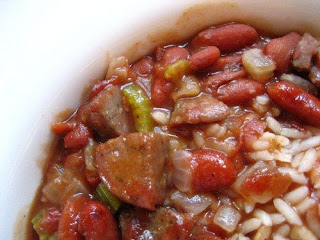 A day late, but since it's a holiday weekend, I guess it's okay that the FMJRA comes on Sunday rather than Saturday as is my custom.  I was busy poking around in Second Hand Rose yesterday and then today I've spent the entire day cleaning.  Overdue. Now, the weather chick is predicting cooler for tomorrow and I've got a pot of red beans and sausage going for this evening.  Steve has gone in search of The Horse Soldiers

which was filmed around the Cane River and Oakland Plantation area and we've been wanting to watch it again ever since we went down there last month.

First, though, a sift through the blogosphere:

I have to say, this one cracks me up.  I mean, c'mon.  It's so typical of this White House.  I think this one seals the deal on the left's meme that GWB was an incompetent, illiterate boob.  Enough, already.

DaTechGuy weighs in on the left's attack of Stacy McCain's interview with Todd Palin.  Miss that one?    Stacy explains the situation here, while the original interview is here.  The bottom line is that they're using a tired, unreasonable personal slander of Stacy McCain against Todd Palin - a sort of "guilt by association" thing, except there's no guilt to begin with so...there ya go.  Left Coast Rebel also comments on the brouhaha as does Saberpoint.

I'm messing up up Pirates Cove's schedule with my tardy FMJRA and I promise to do better next week, Teach!  But he's got lots of good reads besides his round-up so check it out.

The Daley Gator reminds you that Alan Grayson is still a clod.

And Sister Toldjah makes the point that Harry Reid is almost as bad.

And for that matter, Adrienne isn't so sure about Obama, either.


And Professor Jacobson finally weighs in on the Delaware Senate primary.  I was hoping he would.

If you missed the news of Marco Rubio's father passing, you can get caught up at Ruby Slippers.

Red has the celebrity dirt today; Julia Roberts is not a nice person.

Oh I missed this today, but Pundette didn't.  An all new low.

No Sheeples Here is recruiting for Project 2996; she does such a great job at this.  Such poignant stories.

Little Miss Attila nods to the spambots.  I so hate those.  "Great post.  Thanks for posting this information!  Visit my site....."

Both Althouse and Critical Narrative are into The Times of India.

Bob Belvedere has a great post on our No Class First Couple; are they intentionally trying to demean the presidency?

Mind Numbed Robot has a nifty round up when you're through with mine!

And with that, I'm off to watch movies, eat Red Beans & Rice, and enjoy an Octoberfest.  Enjoy your evening!
Posted by Pat Austin Becker at 6:49 PM

Boy! That red beans and rice does look good!

I'm not a big fan of beans, but Sandy is right and, thanks to you, I'm hungry.

I can't wait for the cold snap to come. Thanks for the link-back to my celebrity dirt!

Linked to at:
Dope Fiction

Thanks for the link! You are too kind. :)
BTW, I'm about to dig in to some red beans and rice myself. Yumm!