Seniors Out of Luck Under Obamacare 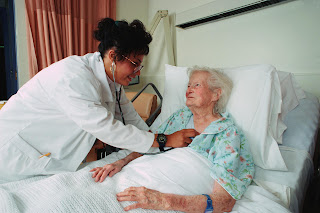 That's via Peter Ferrara and Larry Hunter at WSJ.  There's more and it's worse.  Read the whole thing.

And don't expect the Medicare Czar to get all up in arms about this.  It's exactly what Dr. Death Panel would want.  And let's not forget, AARP endorsed this garbage for their members, too.

Oh and if that doesn't rock your boat, you might take note of the fact that private insurance is going up too.

Yeah.  All that crap about "if you like your health care plan, you can keep it!"  was exactly that.  Crap.

That's coupled with their plan to give the most "health care" to folks in their early twenties.

Maybe Obama and the Obamatons are planning to raise Eloi, like the Morlocks in the Time Machine.

As a nearly 60 year old person, I can only hope to live long enough to get on Medicare. I currently pay an amazingly large amount of my gross income [24%] for health insurance and that covers me only to 80% of cost. I've never had to use the insurnce for major health problems, but I'd be a fool not to carry it. Luckily my eye doctor accepts the 80% and co-pay without additional charge. Lots of docs practice medicine like this.

The Medicare Advantage plan costs Medicare lots of money it shouldn't. That's something that was added to Medicare to make it easy for people already getting care through Medicare. That is the 30% you refer to.

The only thing wrong with the HealthCare plan is it is allowing insurance companies to still take their cut as the middle man. Eliminate insurance and go to single payer, or put the entire population of the country on Medicare.