The Senate Calls a Mulligan on Part of Obamacare 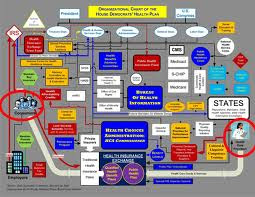 The Senate will be voting Tuesday to repeal a portion of Obamacare.  Small steps!

Seriously, the onerous burden the bill  places on small businesses with regard to reporting purchases over $600 to a single vendor is about to bring a landslide of paperwork on the small business owner and no doubt would have forced more than a few out of business rather than hire some full time paper pusher to keep up with the task.

The WSJ gives an example:

Think about a midsized trucking company. The back office would have to collect hundreds of thousands of receipts from every gas station where its drivers filled up and figure out where it spent more than $600 that year. Then it would also need to match those payments to the stations' corporate parents.

And the Democrats who voted for this stupid thing are claiming now that they were blindsided and didn't understand that part.

That's just criminal, if you ask me.

Any one of those numbnuts who voted for this bill without reading it must GO.  It's bad enough if you voted for it and you DID read it, but at least you voted according to your principles (I guess.)  But to vote on such a massive power grabbing, life changing, Constitutionally questionable piece of horse manure like Obamacare without fully understanding all its implications is beyond criminal, especially when you consider the fact that said numbnuts won't be taking part in it themselves.

"And the Democrats who voted for this stupid thing are claiming now that they were blindsided and didn't understand that part."

Blindsided? Didn't understand? Most of the dumb bastards even admitted they didn't read it. Besides, wasn't it Pelosi who said, "We'll have to pass the bill to see what's in in."

This nothing but bullshit and it needs to be shoved down the Democrats' throats.

Aren't we supposed to (and acknowledge we agree to) read the detailed language of important documents before we affix our signatures? That's what my Mamma and Daddy taught me to do.

It's reasonable to expect the Honorable Members to read and understand the language they pass as law of the land.