Full Metal Jacket Reach Around: The Oktoberfest Is Coming Edition 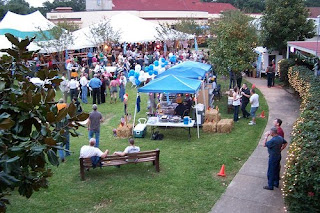 Will wonders never cease!?  I'm getting my FMJRA up on Saturday morning instead of Sunday night!  Maybe the routine is returning, after all!  This is the Barksdale edition today because there is a bigggggg event coming up in a couple of weeks:  Oktoberfest!*  Time to make your plans to attend if you live around here and have base access!  I have it from a reliable source that 200 tickets were sold the first day sales opened.

Steve and I got a little prepped for the festivities last night by going over to the Barksdale Club for prime rib night, then walked over to Hangar 2 for a cold Octoberfest* in our new mugs.  We apparently stumbled into a promotion party because the DJ was there and so were lots and lots of folks in a celebratory mood, dancing, singing karaoke, and cracking jokes. 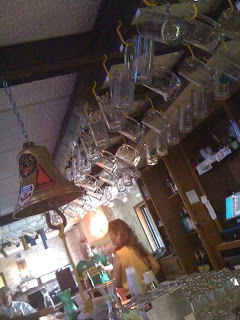 The bar at Hangar 2 is really a neat place because there's a lot of history there.  There is the obligatory graffiti and signatures on the walls; the ceiling tiles are signed and decorated by various units that are there and have been through, there are emblematic sashes and patches nailed to the exposed beams, and of course, your own personalized mug (if you so choose) hanging from hooks from the beams.  The huge deck outside is where we do "cook your own steak night" in the summer and where we sit and watch the leaves in the fall.  There's a neat table out there made out of a bomb rack that's quite unique.

The best thing about the place is the people we meet there, not the least of which is Joy, the "bar guard" as one fellow called her, but she's got a heart of gold.  She takes care of  "her boys" on steak night by taking their cooked steak and whipping it into a delicious Thai beef salad.  She brooks no nonsense, though!  We met some fun guys from Minot AFB last night who, sadly, will be leaving before Oktoberfest on the first.

I took some pictures last night on my phone, but out of propriety I think I'll just leave them in my phone!  Besides, if you get caught with your cellphone at the bar, and someone sees you and rings that brass bell on you, you've got to buy drinks for the house.  That would have been a lot of drinks last night.  I was trying to be careful.  At any rate, Here's the info link on how to get to Oktoberfest 2010; the date this year is October 1, a Friday night.  Two weeks.  I'm totally there.

Rounding up the blogs this week:

Pirate's Cove has excerpts and commentary from Palin's speech in Iowa.

Bride of Rove has an excellent series going on life married to a G-man.  You'll learn something.

The Other McCain has concerns over Murkowski's grasp of reality.

Grandpa John is already calling the 2012 election and the good news is that I get to be beer czar!

Everyone's read the "quote" by FLOTUS about the job being "hell"; Ed Driscoll has a roundup of the whole thing, including the walkback.  Takeaway line:  Obama has lost control of the narrative of his presidency.  Yeah.  I'd say so.

...And some related thoughts from Little Miss Attila.  (Love the new subtitle on her header; probably been there a while, but I just noticed it.  Awesome!)

The Camp of the Saints noted Constitution Day with a couple of fabulous prints and No Sheeples Here posted a video.  Mind Numbed Robot also noted the day and has some handy links.

Legal Insurrection did some research on that "Buckley Rule" Krauthammer tossed about this week; I'm glad because I'd already pulled my Buckley off the shelves to start plowing through.

Oh dear.  Reaganite Republican is polling the 2012 Top Five Republican options.  Head on over and speak up now.  C'mon back when you're done.

Sippican Cottage is posting some great stuff these days.

A Cop's Watch posts on the end of global warming!

Sandy posted the viral Facebook letter from the ER doctor which you should read, if you haven't.  He's real and so is the letter.  I saw something akin to what he writes about when my mom was in the ER.  A young man came in to the ER for treatment of a rash that he'd had on his forehead that he first noticed two weeks ago.  WTF?

Okay, I'm off to lay low and do Saturday stuff.  Might sit on the swing outside and finish a book. 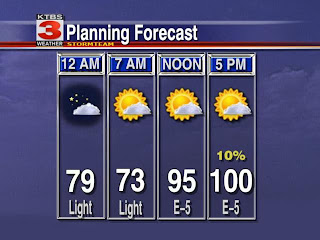 Ahhh, maybe not.  Might stay in today.  Y'all have a wonderful weekend.

Thanks for plugging the Watchdog. Now if the kids would let me watch sports on the weekend.

Thank you for the link, Pat. Happy Octoberfest from the Shenandoah Valley of Virginia!

Thanks for the link. Just got home from the UGA-Arkansas game. It was a good game until the last 25 seconds.

Gracias for linking. I hate beer but every time you post about beer I WANT one for some weird reason.

Bring on October! I agree, Bob should send a truck.

Thanks for the plug Pat....

Now if I can get through Houston-Washington without having to go on a beer run....at least I'll be at a bar during the game tomorrow! :<)

And it's starting to cool down a bit in Houston...thank God. Wearing a vest for 9 plus hours ain't as bad as it used to be.

Pat you may appreciate this...