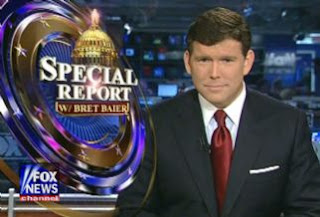 I was watching The Fox Report a while ago and the panel (Juan Williams, Rick Klein of ABC, and Charles Krauthammer) discussed the debt ceiling debate.  Juan Williams said that "the American people side with the president in this debate."

Both Stacy McCain and Ed Morrissey have posts to refute that CBS poll to which I believe Juan refers so I'm not sure Juan is entirely correct.  I would venture to say (even without a poll) that a large number of Americans are tired of the massive government spending and want a smaller government.

Juan Williams blamed much of Republican resistance on "Tea Party members" and said McConnell's plan was not accepted by the Tea Party members.  I suspect those freshman members remember quite clearly how they got to Washington in the first place and are reluctant to turn their backs on the constituents who sent them there with clear intent.

It does seem, though, that Republicans may have a communications problem as Charles Krauthammer said, "They're losing the PR battle.  Obama has managed ... to spin this" however he wants.  Krauthammer suggests there is one way out:  Republicans need to pass a short term, say five months, resolution with $1.5 trillion in cuts.  There is no way Obama can veto it with any reasonable argument.  While Obama insists we all rise above politics on this issue, he wants "a big deal" so it won't come up again before his election in 2012.  Talk about politicizing!  Krauthammer might be correct in supporting a short term deal as it would certainly avoid the dreaded default issue and it would all but remove the posturing.  For now.

Senator TomCoburn has his own plan - reduce the size of government, cut $3 trillion from entitlement reform, $1 trillion in defense, $3 trillion in discretionary spending, etc. Juan Williams discounted this plan as "too large!"  He says that if you have such a sharp cut in government spending it would drag the whole economy down.   I think Juan is missing a big part of the picture.  The private sector needs to be stronger, not government.

Rick Klein of ABC scoffed that Republicans "don't want revenue on the table at all."  Revenue is, of course, synonymous for "higher taxes."  It's the new euphemism.

Krauthammer pointed out that Obama has increased discretionary spending over 25%.

The panel then turned to the 2012 election and the possibility of Rick Perry's entrance into the race; Perry is feeling the call, he says.

All Baier's panelists seem to think that Perry will run.  Williams pointed out that Rick Perry has a good economy in Texas and he will take momentum away from Michelle Bachmann.  "He could be a big player," he said.

No mention on the panel tonight about Obama's plan to veto "Cut, Cap, and Balance" should it get to him, or his likely veto of the Financial Services and General Government Appropriations Act which would actually cause Obama to put some skin in the game as he's asked us to do.
Posted by Pat Austin Becker at 6:26 PM

Republicans backing Mitch McConnell’s Pontius Pilate Act should be deeply, deeply worried by a new CBS News Poll. The poll shows the public is very unhappy with the way things are going in Washington.

In fact, 51% of Republicans and 73% of Independents disapprove of the way the GOP is handling the debt ceiling. “But wait,” you say. “That must mean they want to go with the Democrats.”

Except for a few things we can interpret from this poll consistent with other polls.First, 66% of Independents and 81% of Republicans also disapprove of the way Democrats are handing the debt ceiling.

Second, we know a majority of voters, including a significant number of independents, do not want the debt ceiling raised at all.

Third, this poll was conducted of all adults, not registered or likely voters. That means that should they be narrowed down, you’d find the numbers going even more against the Democrats.

Fourth, this poll was taken on the weekend, which typically lowers the number of conservatives polled.

Fifth, if we are to read this poll as consistent with other polling out there right now, we can see a majority of Republicans and a strong majority of independents want Washington to actually fight on this issue — not kick the can down the road again as Mitch McConnell would like.

Again, if the GOP isn’t careful, it could sow the seeds of its own destruction.