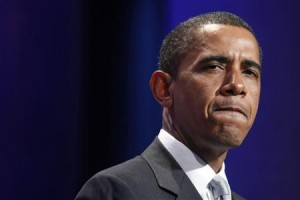 I've been in the kitchen all morning making gumbo.  The Teenager begged for it so last night I agreed to stand over the stove for three hours during one of the hottest days of the year and make gumbo.  So there I am in the kitchen, making my roux and monitoring the world on my iPhone while I work.  When you're stirring a roux you can't just walk away or it burns.

Imagine my outrage while stirring my roux at this report that Obama promises to veto the "Cut, Cap and Balance" budget plan should it reach his desk.  Now, let me get this straight:  Obama is going to veto a bill that gives him a $2.4 tillion debt ceiling increase because it limits how much he can spend in the future?

Is it really Barack Obama’s contention that a balanced budget, now or in the future, threatens the dignity of retirees?  What basis does he have for claiming that deficits are a necessary component of retiree dignity?  That sounds very much like a demand for eternal deficit spending, with no attempt at any discipline whatsoever.

It does defy all logic. Well who is inviting default now?

Jimmie Bise at The Sundries Shack:

DaTech Guy thinks it's a strange move indeed to put this information out now:

What is really amazing here is that the White House is making this signal before the vote in the house.  Why do they care if a Republican house passes this bill?  One must assume that the purpose of this signal is to make sure that once passed Democrats in the Senate are dissuaded from casting a gimme vote for this in the interest of appearing to do something.

If this report from The Weekly Standard is to be believed, it's no wonder that nothing has come of the talks at The White House:

The president has been less genial away from the prying eyes of the press and the public. In the private talks, he’s dominated the discussion with the eight most senior members of Congress in an overbearing way not likely to lead to compromise. He’s been argumentative. He’s come across as President Blowhard.

After Sperling briefed the group on the deficit cap proposal, House Democratic leader Nancy Pelosi addressed another subject. When a Republican participant criticized the deficit cap, Obama interrupted with a monologue. When the Republican tried to speak a second time, the president quickly cut him off and delivered another sermon on why the criticism was wrong.

Obama has taken the tack that he must respond to everything that’s said, whether by a
Republican, a Democrat, or even Biden. And his responses, like those in his press conferences, are never brief. But who’s going to complain about Obama’s verbosity, at least in his presence? He’s the president.

No matter how much Obama says he is trying to compromise but in truth that only means it's his way or no way.  I can't for the life of me find one compromise to which he has agreed.  And now with this vow to veto "Cut, Cap, and Balance," should it ever get to his desk, he simply seems more amateurish and buffoonish than ever.

He says the process should not be politicized, that some things should be bigger than politics yet he's the one resorting to fear mongering and threatening old people with their Social Security checks.  Nobody wants the whole process to break down or a default situation  (even though there is more than enough money to pay our debts), but it's time for Obama to quit trying to make this process all about him and get down to a serious compromise.

yummmm gumbo. LOL I can only imagine how much restraint it must have taken for you to keep standing there patiently stirring while listening to that report!

Honestly, though, I don't want any increase in the debt limit. So I have mixed feelings about the report myself.

What I DO want is for them to start debating in public and taking actual votes in public like Congress used to do. I am so tired of this "secret negotiations" and straw polling til they get "consensus" before they vote. They let threats like this keep them from even putting things up to be voted on. What a mess!

Anyway, now its my turn to be jealous of your gumbo! Paul makes a good one but we have to wait for cold weather before he will!