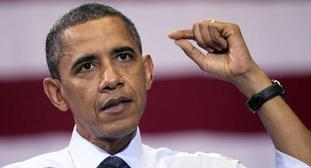 Obama's speech tonight was less "table thumping" than I expected.  It was full of class warfare baiting and demagoguery, but less hostile than I've seen him before.  Corporate jets are still the bane of evil.

A few things that struck me (in order of appearance):

For the last decade, we have spent more money than we take in. In the year 2000, the government had a budget surplus. But instead of using it to pay off our debt, the money was spent on trillions of dollars in new tax cuts, while two wars and an expensive prescription drug program were simply added to our nation’s credit card.

How can he, with a straight face, criticize our level of spending after ramming through the bill, the stimulus, omnibus, and Obamacare?  I mean, really.
And on that issue of "two wars" that GWB just "added to our nation's credit card," what would Obama have had him do?  What would Obama have done if 9/11 happened on HIS watch?  I shudder to think.

Now, every family knows that a little credit card debt is manageable. But if we stay on the current path, our growing debt could cost us jobs and do serious damage to the economy. More of our tax dollars will go toward paying off the interest on our loans. Businesses will be less likely to open up shop and hire workers in a country that can’t balance its books.

Woah.  Woah.  Businesses won't open up shop because we can't balance our books?  All along I've thought it was because of the leaden regulations coming out of Washington.  Didn't I just read something where Obamacare is stifling new hiring?
I thought this was patronizing:

I won’t bore you with the details of every plan or proposal, but basically, the debate has centered around two different approaches.

As if we're too dull and stupid to understand.  In truth, I don't think he understands.  Now, watch the slight of hand carefully here...look at how he frames his ideas (I can't really call it a plan):

The first approach says, let’s live within our means by making serious, historic cuts in government spending. Let’s cut domestic spending to the lowest level it’s been since Dwight Eisenhower was President. Let’s cut defense spending at the Pentagon by hundreds of billions of dollars. Let’s cut out the waste and fraud in health care programs like Medicare – and at the same time, let’s make modest adjustments so that Medicare is still there for future generations. Finally, let’s ask the wealthiest Americans and biggest corporations to give up some of their tax breaks and special deductions.

The old "shared sacrifice" argument.  Corporate jets.  Cut the defense budget.  Cut those who provide jobs.  "Shared sacrifice" only includes who he wants it to include.  It's not really "shared."
This is the part that gets me:

The only reason this balanced approach isn’t on its way to becoming law right now is because a significant number of Republicans in Congress are insisting on a cuts-only approach – an approach that doesn’t ask the wealthiest Americans or biggest corporations to contribute anything at all. And because nothing is asked of those at the top of the income scales, such an approach would close the deficit only with more severe cuts to programs we all care about – cuts that place a greater burden on working families.

More corporate America, class warfare baiting.  Evil corporate jets.  Somebody get this guy an iPod with Marco Rubio's speech on there where he suggests we need more taxPAYERS instead of jacking up the burden on those who already pay the majority of the taxes in this country.
Oh, and in case you were wondering, $250,000 is the new millionare and billionaire:

Keep in mind that under a balanced approach, the 98% of Americans who make under $250,000 would see no tax increases at all.

And the old meme that paying taxes is "patriotic" was invoked again.  If that's the case then 47% of Americans aren't patriotic.
And why was he invoking Reagan and comparing himself to Reagan in this speech.  Reagan would have cleaned this slop up months ago.
Now, check this segment:

Understand – raising the debt ceiling does not allow Congress to spend more money. It simply gives our country the ability to pay the bills that Congress has already racked up. In the past, raising the debt ceiling was routine. Since the 1950s, Congress has always passed it, and every President has signed it. President Reagan did it 18 times. George W. Bush did it 7 times. And we have to do it by next Tuesday, August 2nd, or else we won’t be able to pay all of our bills.

He says "Congress" has racked up these bills as if he is totally blameless.  Like, he didn't sign any of them, they just slipped on through.  He didn't push anything through or orchestrate like the Wizard behind the curtain.  But, we're too stupid to catch that.
And all that business about former presidents raising the debt ceiling?  Is he aware that he's racked up more debt during his administration than all previous administrations put together?  That sort of matters in this argument, I think.
Remember in the beginning of his speech when he said "neither party is blameless"?  But then he says

Unfortunately, for the past several weeks, Republican House members have essentially said that the only way they’ll vote to prevent America’s first-ever default is if the rest of us agree to their deep, spending cuts-only approach.

It's all the Republicans fault!  And corporate jets!  Drink!
If we don't do it HIS way...

For the first time in history, our country’s Triple A credit rating would be downgraded, leaving investors around the world to wonder whether the United States is still a good bet. Interest rates would skyrocket on credit cards, mortgages, and car loans, which amounts to a huge tax hike on the American people. We would risk sparking a deep economic crisis – one caused almost entirely by Washington.

Just change that last word from "Washington" to "Republicans" and that's what he really meant.  Big bad Republicans who won't play by his rules.
And don't you love the purely political posturing in this one:

Defaulting on our obligations is a reckless and irresponsible outcome to this debate. And Republican leaders say that they agree we must avoid default. But the new approach that Speaker Boehner unveiled today, which would temporarily extend the debt ceiling in exchange for spending cuts, would force us to once again face the threat of default just six months from now. In other words, it doesn’t solve the problem.

In other words, "it doesn't get me past re-election!"
From there Obama rants a bit more about wealthy Americans, corporations, and corporate jets again, and then insists on "compromise."  The problem here is that to him, compromise means his way or the highway.  There is no compromise with a demagogue.
He's starting to wrap it up here and so he pulls out the Founding Father's reference (we've already done the Reagan reference, remember) and compares the whole mess to slavery.  Really?!

America, after all, has always been a grand experiment in compromise. As a democracy made up of every race and religion, where every belief and point of view is welcomed, we have put to the test time and again the proposition at the heart of our founding: that out of many, we are one. We have engaged in fierce and passionate debates about the issues of the day, but from slavery to war, from civil liberties to questions of economic justice, we have tried to live by the words that Jefferson once wrote: “Every man cannot have his way in all things…Without this mutual disposition, we are disjointed individuals, but not a society.”

This is a debate about civil liberties and slavery?  All this time I thought we were talking about excessive Washington spending.  Or is it the same thing?

Obama closes by saying how great America is (was?) and how history is scattered with ideologues (like him) but that we remember those (like Boehner?) who put country first and stand up for the greater good.

On that part, we agree.

Added:  Best quote from The Other McCain:

Because Jimmy’s well on his way to becoming the second-worst president in American history.

(Linked at The Other McCain - Thanks!  And at Fishersville Mike - Thank you!  And at Pirates Cove!  Thanks!)
Posted by Pat Austin Becker at 9:27 PM

So I suppose Congressional members were simply lemmings to vote (sans debate) to raise the debt ceiling under GWB to "fund" his unfunded Medicare (Part D) and the Iraq War (Pentagon-Part WMD)...?

If so, then go ahead, let the debt ceiling remain where it is (in lieu of passing a Constitutional Amendemnt in 10 days). You think just because middle class voting cards read (R) that they're exempt from the interest rates to come? Enjoy middle-class Kool-Aid/Tea drinkers!!

When you say you a need a Mastercard because your Visa is over the limit...time to stop the spending binge. This applies to college age daughters as well as The Federal Government.

It may seem strange that as the president demonizes the corporate and private jets, Michelle Obama is on her way to Aspen to raise money from the very rich, the people who fly those jets. I happened to pass the Aspen airport the other day and I have never seen so many private jets in one place. You can see them from Google maps.

Too many people do not see that there is a distinction between the rich, who generally like Obama, and those who earn high incomes. If you are wealthy because your ancestors were wealthy, you really do not want to see new people join you. Obama threatens those on the way to becoming wealthy more than he threatens those who are already wealthy, which is why he can raise buckets of money in a place like Aspen.

Why do some people not seem to understand that spending 4.1 billion dollars a day is not sustainable? It does not matter if it is a dem or rep. That is how much is being spent by this adminstration.

Thanks for the very enjoyable Fisking of Little Lord Hemorrhoid, Pat.

Quoted from and Linked to at:
Stale Obama Banana Nut Bread Goes Moldy