Gas Prices Are Rising and Obama is Sticking With Solar 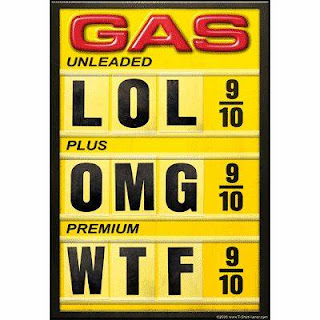 In a speech last week at a New Hampshire community college, Obama called for an end to subsidies for oil companies:

I bet that makes folks down on the Gulf coast feel all nice and fuzzy.

While I've never been a big fan of Senator Mary Landrieu, she does at least understand the problems down on the Gulf with regard to drilling and the Obama moratorium (via Hot Air):

I want to say that, despite the Administration’s arguments that are laid out, that you all are all guns blaring and green lights for drilling, the facts that I checked, and if you disagree tell me, only 21 permits for offshore drilling have been issued by this date. In 2010 there were 32 permits. I just left the annual conference of LOGA, which is Louisiana Oil and Gas Association, Mr. Secretary, yesterday. They are beside themselves with not being able to get their permits processed and to answer you, Mr. Franken, let me just say Exxon and Shell may be making record profits but according to a study recently done by the Greater New Orleans, Inc., 41% of our oil and gas independent operators and service companies, I’m not talking about Exxon and Shell that have operations all over the world, I’m talking about companies in the Gulf Coast, in Texas, Mississippi, Louisiana, and Alabama. Let me tell you what the studies show about their profits: 41% of them are not making a profit at all, 70% have lost significant cash reserves, 46 have moved operations away from the Gulf, and 82% of business owners have lost personal savings as a result of this slow down.


There's more at the link, including video, but suffice to say that the folks down south are hurting.   I guess it is their misfortune that they are sitting on millions of gallons of oil rather than having the foresight to open a solar panel company, get a loan from the government, and go broke that way.

Either way, they lose.

With an end to subsidies, your price at the pump will necessarily go up:

“Though the president now claims to support ‘all-of-the-above,’ he has consistently blocked American energy production, most recently by rejecting the Keystone XL pipeline. In addition to that, he has restricted drilling in offshore areas while encouraging other countries, including Brazil, to expand their own exploration. And while the president says oil production alone can’t solve our problems, his administration has proposed costly regulations that would hurt the supply of other domestic sources. Instead of placing his bet on American-made energy and the workers who produce it, President Obama has wasted taxpayer dollars on Solyndra and other unproven technologies.


But, Obama's plan is to stick with solar.   We'll see how that works out for him.  I mean, the last time I checked, my car ran on gasoline.

I guess I could always get a Volt.  Or maybe not.

Someone asks Obama what he’s going to do about high gasoline prices, he tells them there is “no silver bullet,” takes credit for reducing oil imports, which is false and in any case irrelevant, and says we should end oil company subsidies, which would actually raise gas prices. This is vintage Obama and, of course, Democrats cheer wildly because they do that for anything that Obama says, even when (like this) it's complete bullshit.