The Wings of Freedom Tour Stops in Shreveport


Back in November Steve and I had the opportunity to tour the EEA Aluminum Overcast B-17 which stopped over at the downtown Shreveport airport.  There are only about 10 to 12 of these mighty World War 2 era aircraft still flying and today we got to see another one.

Today we went back downtown to see the Collings Aircraft WW2 planes: the B-17 Nine-0-Nine, the B-24 "Witchcraft", and the P-17 Mustang "Betty Jane."

It's truly fascinating to see these planes and realize their role in history. 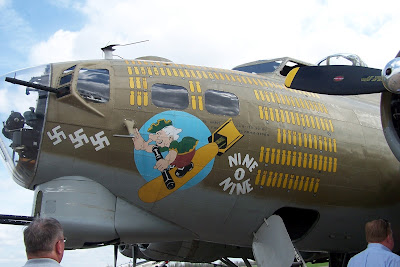 This plane was commissioned in 1945 and didn't see combat but did serve as part of the Air/Sea 1st Rescue squadron.  In April 1952 the plane was instrumented and subjected to the effects of 3 nuclear explosions.  After a 13 year "cool down" period it was sold as scrap and the restoration began.  For many years the plane was in service fighting forest fires. 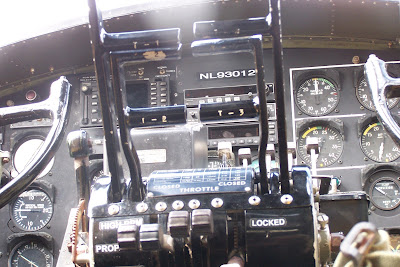 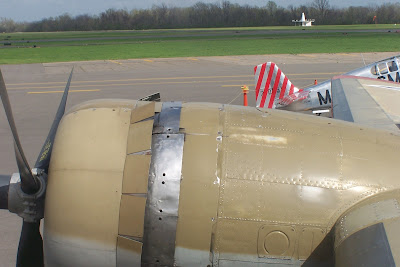 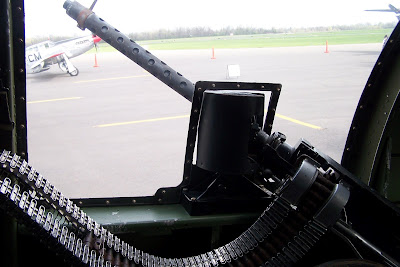 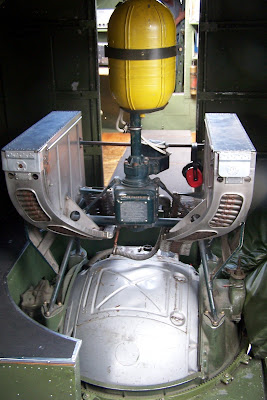 Then on over to the B-24.  The Collings Foundation says this is the only restored B-24J in the world.  They say it completed 130 combat missions.

It's a big old bird: 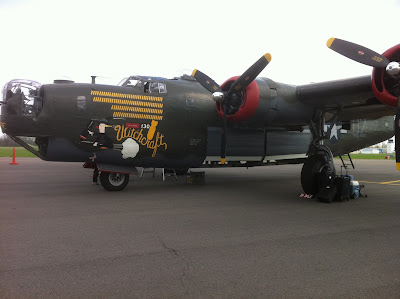 What's really cool about going to these tours is talking to the vets that come out to see them.  Steve and this guy started talking until he was interrupted by a phone call: 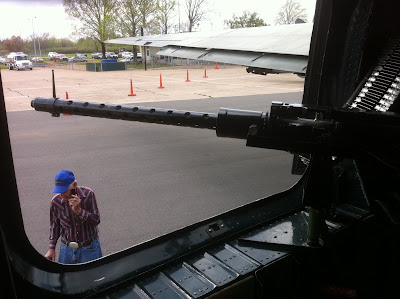 Steve got to play with a machine gun: 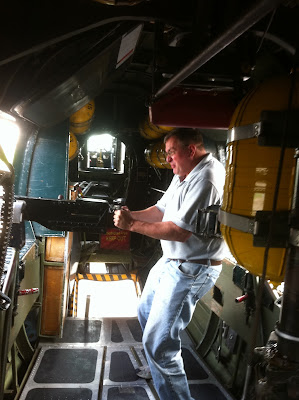 Boys will be boys.

Some guys were working on this one: 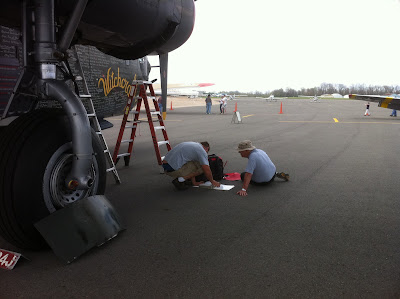 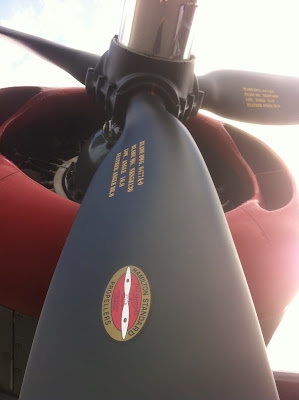 Inside, it's a tight squeeze; no fat pilots allowed: 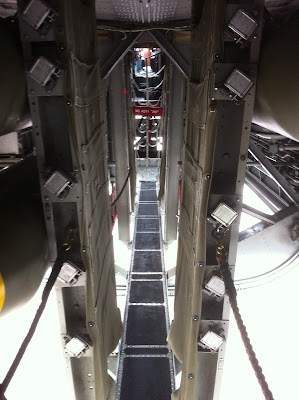 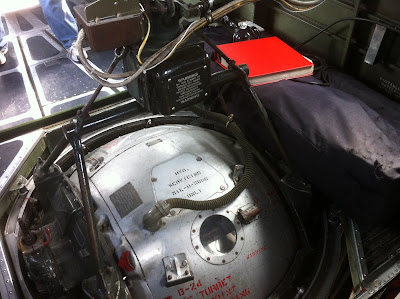 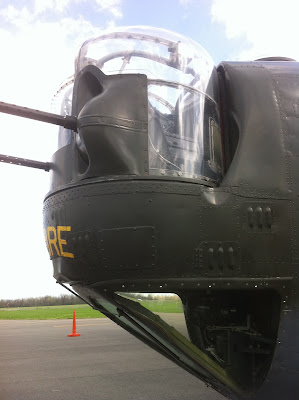 From there we went over to the P-17 Mustang, "Betty Jane": 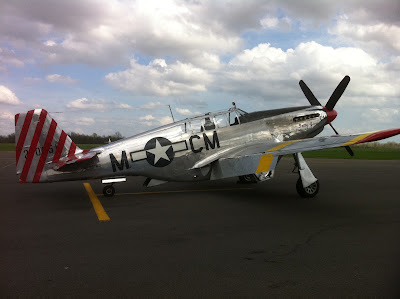 We couldn't get into this one but it's a sweet little plane.

My dad flew P-47s (as a training instructor) in WW2 and I know he would have loved seeing these birds.

I forgot the memory card for my camera today so that's all the pictures I've got.

We bought a book and a couple of t-shirts before leaving and headed to Monjunis for an early dinner and a cold Abita. 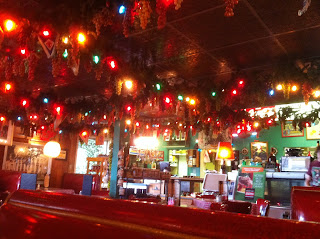 We were about the only people in the place and the sound system was playing Frank Sinatra tunes.  Good times.

If you get the chance to see these planes, don't miss it.  The schedule is here.
Posted by Pat Austin Becker at 7:16 PM

Email ThisBlogThis!Share to TwitterShare to FacebookShare to Pinterest
Labels: B-17, B-24, life, military, P-17, Wings of Freedom, WWII

How many of those dirty Nazis did Steve shoot down?

No Nazis today but he got a couple of Cessnas!

We were just starting the bombing over Berlin. The flack was so heavy you could walk on it; then, all of a sudden it stopped. A sure sign that Kraut fighters were in the area and would be coming for us. The pilot told us to keep out eyes open for enemy aircraft that would be attacking our formation.
All of a sudden there it was, a Focke Wulf 190, screaming past us going nearly 400 m.p.h. He was level going from my left to my right, making a frontal attack on our hight squadron. I could see little red blinking dots coming out of his nose. Suddenly I realized the red blinking dots were his machine guns and then tracer bullets heading toward the lead plane in the high squadron.
I yelled out, "Bandit, 3 o'clock, level! I took aim leading him, as I was instructed in gunner's school, and calmly squeezed of the shots.
You know, I don't think that Cessna that was taking off knew what hit him.

My father flew B-17's out of England during WW2. When they came to Gillespie Field in San Diego and I went through that bird I was flabbergasted at how small they are. They spent as much as 12-14 hours and sometimes more in those things.

And I thought our diesel submarines were cramped!