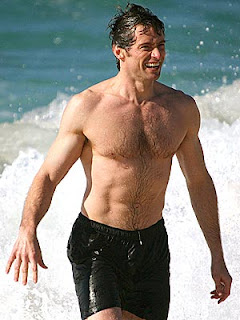 Here's my Saturday Round-up and linkfest:

Snaggletoothie has a video of the liberals attempt to infiltrate the Tea Parties. Also, Instapundit tries to clarify the Tea Party issue for those that STILL DON'T GET IT.

Robert Stacy McCain smacks down James Wolcott, and I couldn't agree more. I don't like to admit this out loud (so I'll just admit it on the internet) but I used to subscribe to VF. After one too many "green" issues or other liberal cause themed issue, I had to let it go. Little Miss Attila weighs in on Wolcott and VF as well.

In the spirit of Easter, I link now to my friend Professor William Jacobson's post from Tuesday on the Newsweek article, "The Decline and Fall of Christian America." This was a great post and a must read. Look around while you're there - he has some great stuff.

Pundit & Pundette has a smack down of Joe Biden! Ah, Joe! Nobody messes with Joe, right? Wrong. Also with a Biden post is Critical Narrative.

On the issue of the pirates and the captured captain, No Sheeples Here has some words on Obama's silence.

Monique Stuart has a wonderful post on the upcoming immigration battle. Monique is also pressing ahead with her campaign to change Rule 5 Sunday to any day that ends in y. I'm all for it. You have my vote Monique!

I've alread linked to this one yesterday, but if you didn't go check out Sippican Cottage, go do it! I'm not gonna tell you again!

There were several good posts this week on the Cuba kerfuffle. Vets on the Watch has a great one. Another go-to blog for this issue is of course Babalu Blog. You just have to read everything there - it's wonderful.

My favorite new blog I've discovered this week is Bride of Rove (LOVE the name). There is a post there on President Pantywaist that is spot on. Her Obama Art post cracked me up!

Sarah has a post on Critical Politics about Biased Education - a topic near and dear to my heart. Don't even get me started on textbook bias. That reminds me - I meant to blog about the statement on Gitmo in our next literature text and forgot. Maybe this week.

Posted by Pat Austin Becker at 9:07 AM

Thanks for mentioning my drivel-filled blog. :)

Bah - you're blog is AWESOME!