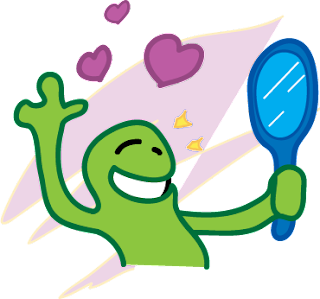 As the Summit of the Americas winds down today, reviews of Obama's performance are coming in, both positive and negative, depending on who you read.

Professor William Jacobson pointed to a Bloomberg piece which I had missed. All the fuss right now is over Obama's receipt of the Chavez book and over his fist-bump-sort of handshake with Chavez. I'm not sure how he could have graciously refused the book, and I can't fault him for that. Now, if he posts a five-star Amazon review of the book, we might have problems. But since Obama can't read Spanish, it's not likely.

No, the Bloomberg article quoted Obama, after Ortega's denunciation of the United States, as saying “You can’t blame the U.S. for every problem in this hemisphere,” Obama said. “I am very grateful that President Ortega didn’t blame me for things that happened when I was three months old.”

Jacobson, Althouse, and others, myself included, recognize this line as a rehash of his excuse for his friendship with Bill Ayers. Remember when he said, "This is a guy who lives in my neighborhood, who's a professor of English in Chicago who I know and who I have not received some official endorsement from. He's not somebody who I exchange ideas from on a regular basis. And the notion that somehow as a consequence of me knowing somebody who engaged in detestable acts 40 years ago, when I was eight years old, somehow reflects on me and my values doesn't make much sense."

"There is something truly bizarre about this reasoning. If something happened when Obama was not of a certain age (we know it is at least eight years old, although we don't know where the line is drawn) then he accepts no responsibility. That is fine if one is talking about personal responsibility only. Obama is no more responsible on a personal level for what others did, be it yesterday or 30 years ago, than anyone else. But Obama no longer is "anyone else."Obama is the President and bears the burden of dealing with accusations and attacks on this country related to events which did not take place on his watch."

In Obamaland, history began when he says it does. It's a totally narcissistic view of the world and should not shock us when he invokes this world view. This is a man who wrote his autobiography while still in law school, when he was still nobody. Nothing is more important to him than the subject of himself.

Maybe that's harsh, but consider the fact that he has never, so far as we know, lifted one finger to help his brother-in-the-hut, or the latest half-brother we've just learned about, or even his immigration-challenged aunt. These people can't help him. They are no benefit to him.

Maybe I'm too presumptive in analyzing his family tree. But there is no question that he has expressed disdain and offered apologies for America ever since he's been elected.

I'm no psychologist and don't want to get into pop analysis of his narcissism. I'll leave that to this guy who has written about narcissism as it relates to Obama.

Jacobson makes the point that Obama's view is "cowardly" and I might suggest also that it is dangerous. To ignore or discount what happened before you were born is dangerous, but when you become the President of the United States you OWN American History and it is his duty to defend us, not to blithely tolerate fifty minute harangues of our faults or shake hands with or appease dictators.

If Obama is such a master with words, why couldn't he come up with a better defense of Amercia after Ortega's speech, than that it all happened on somebody else's watch? We were rotten then, but now we aren't.

He's got to do better than that.

Update: John Hinderaker at Power Line nails it: "Does Obama really not understand that hostile foreign leaders are making a fool of him and of the country he purports to lead? Apparently not. I don't think Barack Obama is a stupid man, but he is in so far over his head that every time he ventures onto the international stage he not only embarrasses himself--and us--he damages, if ever so slightly, our national security."

And for a counter-view: Don Surber agrees with Obama.

(Thanks for the link, Professor!)
Posted by Pat Austin Becker at 10:40 AM

I have difficulty listening to Obama's speeches because they are boring and generally lacking in content. But from what I have heard from him he doesn't have any knowledge of history. Or, if he has some knowledge, it never seems to be applied in any way. So we have man who is historically illiterate representing us to the other leaders of the world. In other words, we have this man who acts as if the world began when he was eight years old dealing with a very old world. In yet other words, we are lead by a blind man.