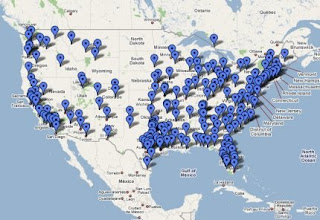 The end of the world is near. Only 5 days until National Tea Party Day.

Wyatt Shev, who declares himself an "unabashed atheist," writes for Examiner.com, and believes that our little Tea Parties could be the end of the world as we know it. Shev's biography declares that "although I have only been working for the Examiner for a few months, I have already established an extensive base, an eclectic mixture of fans, unapologetic haters and the obligatory gun-wielding, religion-clinging monkeys who infest any forum on the Internet that allows them to spew their crazy filth" [emphasis mine].

In describing the Tea Party movement, Shev writes: "On April 15th, hundreds of thousands of PO’d red meat eatin’ Americans will converge on the streets to protest the Obama administration’s policies and platforms. "

Misguided Shev misses the point, as do most liberals. It's not necessarily Obama we are protesting. It's the liberal agenda of Washington AND Congress (that includes at least three Republicans), specifically the pork laden spending bills that have been coming from Washington. We're protesting representatives who don't represent us.

If the thought of gun-wielding, religion-clinging monkeys doesn't scare you, maybe Shev's assessment of the potential of the Tea Parties will: "In reality, their ‘movement’ is incredibly divisive, a mindset that stands in sharp contrast to Obama’s calls for bipartisanship in this time of great national need. Their arguments have the potential to divide the country along titanic lines not seen since the bloody days of the Civil War."

I find myself more aligned with Professor William Jacobson who suggests that the scary thing here would be people like Shev.

Robert Stacy McCain gives Shev a bit of advice: "Don't talk about what you don't know."

Update: (Thanks for the link Le.gal In.sur.rec.tion! )
Posted by Pat Austin Becker at 8:55 AM

"The obligatory gun-wielding, religion-clinging monkeys who infest any forum on the Internet that allows them to spew their crazy filth."

And then "a mindset that stands in sharp contrast to Obama’s calls for bipartisanship in this time of great national need."

Shev has the arrogance to say the first quote and then call for bipartisanship. I think his defintion of bipartisanship is the same as Obama's-- namely that you mindlessly agree with me and keep your mouth shut.

I wish I could say I was stunned by Shev's lack of logic and critical thought, but he's the sort of person I've spent the last twenty years of my life contradicting. He's just too common.

This must be Shev's big break. He writes like someone who speaks before thinking and then laudes over his own brilliance to an invisible audience of ten. Not worth getting any ire up over. This guy's writing career will wither before the proverbial ink dries.

This constant call of the left that Obama is bipartisan is becoming tiring. Nothing Obama has accomplished in these 100 days has had bipartanship, save for the 3 most liberaral Repubs on the Government Stimulus package. That is hardly bipartisan. They mouth the words, but they don't really mean it.

So, Wyatt Shev is the "apocalypse" examiner on Examiner.com. I'm sorry, could someone please repeat that? What in the hell is an "apocalypse" examiner and who in their right mind would profess to be one? And why is he discussing the Tea Parties, a story obviously within the political arena? Shouldn't he be amusing himself with crystals and Mayan calendars and all the thoughts of doom surrounding 2012? Guess Examiner.com doesn't lean too much on credibility when it comes to hiring their writers, huh? Kinda like the MSM, I guess.