"Lionel" with No Last Name, wants to know, What Would You Not Do to Stop a Nuke?

"Lionel" has an inflated sense of his own self-importance. From his bio, he explains his moniker:

"What’s with the name 'Lionel'? No last name? Nope. Mononymous, like God. Get over it. "

It is Inauguration day. President Obama is about to be sworn is as 44. Virtually everyone in federal office is there. Congressmen, Senators, the Supremes, the new cabinet. Get the picture? You, a federal law enforcement type, have in your custody a man who you reasonably believe knows where a nuclear device is to be detonated nearby. Remember, this isn't just any old nuclear device threat. If this baby is detonated, virtually every aspect and player of and in our government will be vaporized. The device will be detonated within the hour. There's no time to evacuate, no place to run. Any warning will be futile and just inspire mayhem and chaos.

Now, the question. What would you not do to locate that nuclear device?"

Does it sound familiar? No, probably not because you've wondered that deep in your psyche just yesterday, but probably because you've already read this hypothesis from Professor William Jacobson posted on his blog Legal Insurrection.

Yesterday, Jacobson posted, quite eloquently I might add, and with significantly deeper introspection and analysis, on the very same conundrum. He wrote:

"And if a President of the United States had information, from the best sources available, that a nuclear weapon, or nuclear materials which could be used in a "dirty bomb," had been or were about to be smuggled into the United States, is there anything that President should not do? If a leader of al-Qaeda -- or a member of the Pakistani military -- believed to know the location of the nuclear weapons and the plans of attack were captured by the CIA in Pakistan, would waterboarding be off limits?"

"And if you are morally absolute as to waterboarding, then please tell us, which American city you would sacrifice? This is the honest debate which needs to be had, once again."

It somehow does not surprise me that a writer with an Air America email address posting on HuffPo would have trouble coming up with an original thought, but a tenth grader would have been more clever at plagiarism.

I'm not shooting for a libel suit, but it doesn't take a genius to see that "Lionel No Last Name like God" has ripped off Jacobson's premise and just turned it to his own perspective.

Is it possible he came up with this premise all on his own and never even saw Jacobson's post? Possible, but doubtful. Jacobson's post has been linked on Memeorandum since early last night and most of today, not to mention he likely has far more readers than "Lionel" does, it is more likely to assume that Mr. No Last Name is just using Jacobson's brain power to substitute for his own lack of creative thought. 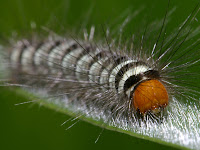 In the blogging community, if I've learned anything from my mentors, the whole purpose is to link and give credit where credit is due. Did "Lionel" do that? Of course not. Should he have given proper credit? Of course he should. Will he deny that he used Jacobson's idea? What would you do? Should we put him in a box with an insect?

I might be a "right wing extremist" but even I know how to create a link and give credit.
Posted by Pat Austin Becker at 9:21 PM

Email ThisBlogThis!Share to TwitterShare to FacebookShare to Pinterest
Labels: blogging

That's what Libs do best! Lionel is Air America to the Prof's Limbaugh.