97.6% of All Bills Are Approved When Lawmakers First Vote to Begin Debate 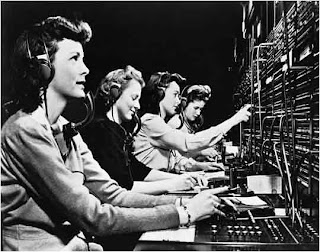 Erick Eriskson at Red State has a must read post this morning. I'm going to copy more of it than I usually like to do because I want to be sure everyone knows how important Saturday's vote on HarryCare is:

And then this statistic, based on this report:

In fact, “since 1999 the Senate has approved 97.6 percent of all bills when lawmakers first voted to begin debate.”

We can NOT let this happen:

Some Senators, like Blanche Lincoln of Arkansas, want the health care legislation to pass, but know politically she would lose if she voted for it. So unless pressure is brought to bear on her and others, she may vote “yes” on cloture for the motion to proceed and then try to hide behind a no vote later.

I second Erickson's call to action and urge everyone to call their Senator today. Tomorrow is too late - their offices will be closed. Go to their local offices, call, fax, protest, email, and voice your opinion.

One of our local Tea Party organizations is protesting Landrieu's Shreveport office today on Fannin Street at 4:00.

Call your Senator! In fact, call all of 'em! Find their contact information here.

Everyone should call Mary Landrieu:

Of course they are. Congress plays us with this drama. I divides us and weakens us.

Mary Landrieu has alread been bought and paid for.
If you've never been f***ed by a New Orleans whore, you have now!

Thanks for the reminder. I attached a ready to send fax to my friends so all they had to do was print it, sign it, and send it. I get so disgusted with the news I can't bear to turn on tv most of the time. I appreciate you keeping me up to speed.

I hear you, Pat. I'm doing what I can (legally) and hoping this time there will be something different from usually expected when a Democrat leader buys another Democrat's vote. If Mary L was on the street, she would be picked up for hooking. And she dares to tell us that she hasn't made up mind and won't until she reads the bill.