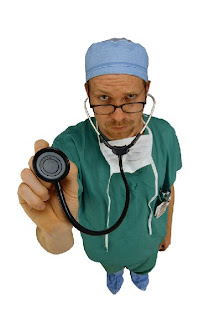 Last night, the Democratic leadership released a Manager’s Amendment containing 42 pages of last-mute changes to their heath care bill (H.R. 3962), signaling that they are making progress in lining up the votes to pass it.

“With the completion of the Manager’s Amendment to the Affordable Health Care for America Act, we are now in the final stage of moving this critical bill through the House,” House Majority Leader Rep. Steny Hoyer [D, MD-5] said last night.

The Democratic leadership has pledged to have the amendment posted online for at least 72 hours before beginning debate of the bill. According to the timestamp on the document, the amendment was officially filed at 8:53 p.m. ET on Tuesday night, meaning that the earliest debate could begin on the bill without breaking the pledge would be Friday night. It’s likely, however, that the debate won’t begin until next week. UPDATE: The vote is scheduled to take place on Saturday at 6 p.m. ET.

This issue takes front and center for me right now. More on the vote at Memeorandum.

Open Congress has more on the earmarks, the abortion funding, and the other issues that make this noxious bill even worse than one fathomed it could possibly be. Read the whole thing.

In the meantime, House members continue to read and post updates about the bill here. This one from John Boehner is interesting:

A monthly abortion premium will be charged of all enrollees in the government-run plan, as well those who select plans that have abortion coverage through the Exchange. The premium will be paid into an U.S. Treasury account and these federal funds will be used to pay for the abortion services. The Pelosi bill describes the process in which the Health Benefits Commissioner is to assess the monthly premiums that will be used to pay for elective abortions under the government-run plan. The Commissioner must charge at a minimum $1 per enrollee per month

And no real shocker here, but Michelle Malkin has more on AARP's endorsement of the bill. You can read her thoughts here, and follow that thread at Memeorandum.

At noon today, Michele Bachmann is leading the charge to Washington to protest the bill. Be there, if you can!

Posted by Pat Austin Becker at 6:28 AM