"It should be immolated, its ashes scattered over the Senate swimming pool. " 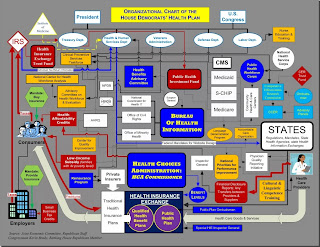 I'm wondering why we can't get Charles Krauthammer to run for Congress. His plan for health care reform is just plain good common sense.

In his weekly column, Krauthammer first points out the problems with the current plans offered on Capitol Hill: the mandates, the subsidies, the increased taxes, the penalties, etc., pointing out that "The bill is irredeemable. It should not only be defeated. It should be immolated, its ashes scattered over the Senate swimming pool."

(Does the Senate really have a swimming pool?)

Krauthammer's more simplified plan incorporates those things that Republicans have been saying all along such as portability across state lines. I'm loving his "oranges" example here:

Second, even more simple and simplifying, abolish the prohibition against buying health insurance across state lines. Some states have very few health insurers. Rates are high. So why not allow interstate competition? After all, you can buy oranges across state lines. If you couldn’t, oranges would be extremely expensive in Wisconsin, especially in winter. And the answer to the resulting high Wisconsin orange prices wouldn’t be the establishment of a public option — a federally run orange-growing company in Wisconsin — to introduce “competition.” It would be to allow Wisconsin residents to buy Florida oranges.

It just doesn't get any more simple than that, folks? Why in the world do we need a 2000+ page bill to correct or reform something that could be done so easily and without creating over 100 new boards, bureaucracies and commissions?

It makes no sense.

Read the whole thing - there's more and Krauthammer is spot on today.
Posted by Pat Austin Becker at 8:03 AM

The ObamaCare program (the current mish-mash of plans in the Senate & House grouped under one banner) has NOTHING to do with providing quality healthcare. It does have everything to do with control.

The difference couldn't be clearer

LL is right on the money with his comment. I wish we could get Krauthamer into public office - obviously he's too smart for that though.

I agree with LL also. Well-stated comment. Thanks for sharing this; I really like CK and would vote for him for anything. None of the current "bills" under consideration in Congress are about improving anything; they are ALL about gaining more and more control over individual Americans.

Your blog is great, I've enjoyed my browsing. I'll be back to read more again.

I see that you're a dog lover. I am too, very much so.