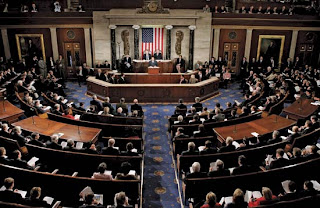 I'm up a little earlier than usual on a Saturday. Steve and I are going to George's Grill for breakfast before he heads in for another long shift today, then I'm going to watch as much of the health care debate as I can stomach. The Washington Post even has a handy-dandy guide to further inform the process: The House Health Care Debate: What to Watch For.

Before I get to the linkage, here's a little "What if Bush Had Done It" moment for you, from Newsbusters via Memeorandum regarding Obama's shout-out to Dr. Joe Medicine Crow prior to his remarks on the Fort Hood tragedy:

Ah, the dangers of giving shout outs without a teleprompter. Crow is not a Medal of Honor recipient. As noted by the Congressional Medal of Honor Society:

Crow's name is not included on the Society's Medal of Honor recipient list. He was, however, awarded the Medal of Freedom, the nation's highest civilian honor, in August.

The Reaganite Republican has a post on Nancy Pelosi's plan to put you in jail if you don't buy her insurance. How on earth could anyone vote for this. I cannot fathom it. Critical Narrative has his eye on this angle, too.

Professor Jacobson compares Nasty Nancy to a jumper on a ledge.

Pundette has two good posts on the health care story - first is on the Stupak amendment and then, oh wouldn't this be glorious, Tom Coburn's threat to have the entire bill read on the floor. Ha!

Robert Stacy McCain addresses the bailout for the abortion industry in this post. And over at Not One Red Cent, Stacy is all over Charlie Crist's Ponzi Scheme Pal.

Another Black Conservative follows up on the White House's continued war with Fox.

Fishersville Mike reminds you that it's time for the Weblog awards. So glad Technorati has made that all so jumbled up.

Donald Douglas had some great posts over the past few days of the Fort Hood story. Ann Althouse has questions about Nidal Hasan. The Daley Gator is also all over this one.

Monique Stuart points out that a terrorist and a criminal are not the same thing and shouldn't be tried the same way. Amen to that.

Troglopundit is having fun with French.

For the latest on the arrest of the Cuban bloggers, Babalu Blog is the place to go. It could happen here, too. Hell, if they're going to arrest you for not having insurance, what else can they do?

New Conservative Generation looks at what the unemployment numbers to do the health care bill.

Left Coast Rebel has a nifty new layout and pictures of the House Call in Washington this week.

Caught Him With a Corndog has a fool proof home security system! Love it!

I love that Wyblog does his roundup on Thursday. Maverick!

Sarah has been doing some top notch work at Women of the GOP, including some fine interviews.

And finally, at Camp of the Saints, Bob Belvedere comments on Stacy's post on Jihad in America and adds some analysis of his own. Great stuff.

So I'm off to have breakfast and watch some lively debate on Obamacare. Might get some house work and laundry done. Clean up things the dog chewed. Read some of my Ayn Rand biography. Good times. Have a great Saturday!

Posted by Pat Austin Becker at 7:40 AM

Watching C-Span right now (10:30 AM on Sat. Morning). I don't understand this archaic method of doing things. I understand some type of order is necessary but this is nuts! Why not just get to a real debate. I have not ever gotten this interested in politics before so I guess I'm way behind on the learning curve. I have to say, it's somewhat fascinating - I hope the conservatives can help stop this thing before it goes too far. (I wouldn't have been watching right now except that I opened your blog and remembered it would be televised - thanks!)

I finally tried to objectively watch Obama the other day, when he was to address the situation at Ft. Hood.
What a fool I was. The sorry sack of (bleep). After two minutes of excrement from his mouth about health care and Native American reservations, he finally said in passing about the shooting at Ft. Hood.
Just how in hell did this idiot get elected?

update? Michelle Malkin's blog is saying they won't vote until 10:30 PM tonight! That's 11:30 my time! Why do they always do this stuff in the middle of the night??!!

I'm telling ya. It's cheap and effective ;-D

Thanks Pat for the kind words and the link.

When it comes to Obamacare news, I turn to you and Pundette for the latest--great job.

My heart and prayers go out to all the victims, and the victims family and friends.

From all the news reports it appears this Major is a career military man and that in his current position for less than a year and was not going well. He did not want to be deployed and in fact wanted out of the Army, so he paid back his military student loans and hired an attorney.

The reason may have been that he was being harassed and called names like “camel jockey ”. I guess all that sensitivity training for those with bigotry tendencies are all for not. (Can training real change the way you were brought up?)

Another reason is called PTSD by proxy, the stress of treating PTSD in other soldiers make you go a little crazy yourself. Its even more stressful because most of the higher ranks don’t even believe in such thing as PTSD. Their denial prompts them to tell suffering soldiers to “drink it off.” Some civilians in the defense dept feel the same way no doubt IMO, it’s why hardly anything is mentioned of PTSD until one of these violent episodes occurs. These people see PTSD as a cop-out or an excuse. First we need to have an understanding that PTSD actually is real before we can ever hope to help treat it (does anyone believe that being shot at or killing your fellow man is not going to affect you in some way either then or in the future?). I guess with the high soldier suicide rate before and after deployment kinda takes care of the complaints from coming in (so those who said he should have just killed himself, well that’s already happening ). What real pissed me off when I heard that the military was trying to say that some soldiers coming back from this war with PTSD or other psychological disorders had “Pre-Existing Conditions” and that the military would not pay to treat them, I think it has been corrected but what a bunch of asses they break you and don’t want to pay.

The final issue is why does the military want to keep people in their ranks that no longer want to be there is it just sheer number? I mean is it ten percent, twenty percent. Is it that it is the only contract in the US that you can’t get out of unless to kill yourself or kill your fellow soldiers? It does not make any sense to me.

I guess the Major could just be another wacko like Timothy McVeigh and Terry Nicholas, of course McVeigh was executed and apparently because Nicholas became a Christian he received a life sentenced. I real think if he gets that far the Major will get the former and not in a million years the latter.

This is so messed up, hopefully they will make some changes that make sense.