Transparency Sinks to a New Low in the Walpin Case 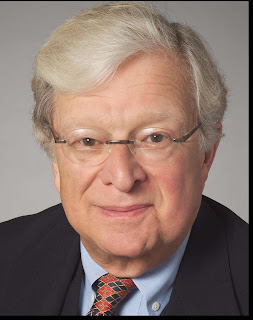 Via Memeorandum, Byron York reports in the Washington Examiner, on the Gerald Walpin case this morning, specifically, on the White House cover-up regarding Walpin's firing.

Remember, Walpin was told on June 10 to either resign or be fired. The next day, Senator Grassley objected because this violated the new law that says Congress must be given 30 days notice before an inspector general is fired.

Pressed for the reason Walpin was fired, [Norman] Eisen told House and Senate aides that the White House conducted an "extensive review" of complaints about Walpin’s performance before deciding to dismiss him. According to the new report, Eisen told Congress that "his investigation into the merits of removing Gerald Walpin involved contacting members of the Corporation for National and Community Service [CNCS] board to confirm the existence of a 'consensus' in favor of removal." But Republican investigators later discovered that during that "extensive review," the White House did not even seek the views of the corporation's board -- the very people whose "consensus" purportedly led to Walpin's firing.

According to this new report, the only person on the CNCS board who objected was "Democratic mega-donor and Obama supporter" Alan Solomont. York says that "Only one other board member, vice-chairman Stephen Goldsmith, was even called by the White House, and that was on June 10, a few hours before Walpin was fired. According to the report, Goldsmith told investigators that 'the White House had already decided to remove Walpin and wanted to confirm [Goldsmith's] support for the action.'"

The day after Walpin's firing, a conference call was held, talking points were distributed and Walpin was toast.

The bottom line here is that the Obama administration was unhappy with Walpin's aggressive investigation of Kevin Johnson and the misuse of AmeriCorps funds so they figured out a way to get rid of him. Then they had to cover it up.

Adding insult to injury, the excuse initially was that the 77 year old Walpin was becoming "senile" or addled in his responses to the board. Since Walpin didn't appear senile or addled in any subsequent interviews, another cover had to be developed and suddenly he was fired for unspecified "performance issues."

York points out in his conclusion that "Through it all, the White House and top management of the corporation struggled to keep the story straight. By June 18, a week after the firing, with news coverage dying down -- it had never been very intense in the first place -- they felt they had succeeded."

To me, besides the smear on Walpin, the travesty of this story is that as York says, "it wasn't very intense in the first place." The media should have been all over this if they'd been doing their jobs.

Have we heard the last of this story? I hope not.

Related - Get up to speed!:

On this Blog:
Let The Investigations Begin
This Story Has Legs

Stacy McCain's coverage is here.
Posted by Pat Austin Becker at 11:58 AM

Thanks for the mention, Pat.

I've been updating the site all morning.

Linked to at IG-GATE: The Inspector General Scandals Blog