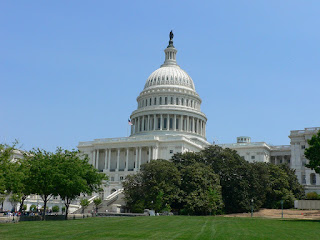 The thing about watching this debate on CSPAN today is that I can feel my blood pressure alternately swoop and dive, rise and fall. I listen to some of these people and I hear the gamut of human condition. Some of them are rational, some incensed, some clueless, and some slap crazy. Some are just posturing. Some don't believe a word coming out of their own mouths. Thus is the Democratic process, I guess.

The parade of Democratic women at the beginning with the unanimous consent requests was the craziest bit of posturing I've ever seen.

Okay, so I'm watching. Steve can't bear to, he's in the other room. It makes him insane so I've banned him from the television. I'll be back with updates. Currently there are procedural votes in process.

Update 12:41: Here is a list of undecideds. Melt the phones!

Update 12:50: Eric Cantor says at least 21 Democrats will vote against.

Update 1:10: Steny Hoyer tells the story of someone that died because he didn't have $80 to get his tooth filled and so the infection went into his brain. Are we seriously going to take care of everyone's fillings now?

Update 3:19: Only Sheila Jackson Lee could heft this bill over her shoulder and call it "concise and effective." Blather.

Via Michelle, here is the latest whip count.

Update 3:46: Well that was rich! Rep. Boehner asks Charlie Rangel if the Stupak amendment, if passed, would remain in the final bill. Rangel then proceeds to lecture Boehner on ethics laws. He oughta know all about ethics laws, no?

But of course, Boehner raises an important point; if the Stupak amendment passes which would then enable some fence-sitters to vote for the Pelosi bill, then they strip it back out later, it's all a shell game. No guarantees. The only guarantee is that this is a bad, monstrous bill. Period.

Update 5:13: After watching this debate, so far, one becomes more and more concerned about the mental state of Dems in Congress. Listening to Rep. Andrews (D - NJ), well, he's just delusional. He's playing with words for the purpose of creating a false imp 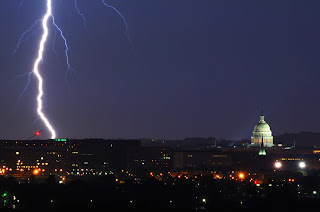 ression of the bill. He asserts that the AMA and AARP both endorse this bill, and that's true on the surface, but you talk to doctors and seniors and you don't get that same impression.

The Dems assert that they are voting for a "healthy America" but that's not true either. This bill is going to lead to rationing and that is NOT healthy. They say that you can buy a private insurance plan on your own, but fail to tell you that you'd better do it before 2013.

No wonder people get sick of listening to politicians.

Ah well, enough editorializing. The debate continues for a few more minutes. Up next is debate on the Stupak amendment, which we know is a "shell game", and then the GOP alternative. Word is that the House vote on 3962 will come around 9:30 this evening.

House Minority Whip Eric Cantor's office counts 33 Democrats who are confirmed "no" votes. That would mean that the maximum number of votes the bill would get would be 225.

They need 218. Keep working the phones.

Update 9:17: Stupak passses. Cao is still a fence sitter on HR3962. His mailboxes are full so we have twitter and fax.

Update 9:34: Twitter rumors have Cao as a YES now; if true, that doesn't surprise me. His biggest issue was the abortion language and the passage of the Stupak amendment means he can vote for this bill. Nevertheless, keep up the pressure!

Update 10:15: And it's over. Rep. Cao (R-LA) is the lone Republican "Yea" for the end of freedom and liberty in America. He's representing his constituents, they say; he's from William Jefferson's district, after all. Still, it stings. We'll wonder what Obama promised him, but from what I've read, he was always a Yea if the abortion language got right.

It's hard to find solace. We still have the Senate. We'll get busy on that. I've turned off the televison - I simply cannot watch Nasty Nancy gloat.

Pat, my head is spinning with all of the ridiculous rhetoric on the Dem side. Keep me posted if I miss anything over at LCR! Keep up the great work, my wife is out for the evening too and I am following this like you.....

Ugh! They just passed the historic health care bill that no one, right or left wants. You can't find a more perfect definition of silliness.

Like you, I watched this debate most of the day Saturday (we had Nebraska football at 7PM our time so of course the TV had to be switched then and also by then I was worn out from being so angry all day!). I started out motivated but let up a little bit in contacting my elected officials but I'm back on track now. We have GOT to stop this in the Senate. Hopefully many D "heads will roll" in 2010.

How you kept your sanity Pat watching the farce, I will never know [was it beer?].

Quoted from and Linked to at:
THE BEST PLACES TO GO FOR OBAMACARE NEWS & ANALYSIS
-----
It's Time To ROC 'N' ROLL: Restore Our Constitution & Restore Our Lost Liberties