Anh Joseph Cao - One is the Loneliest Number 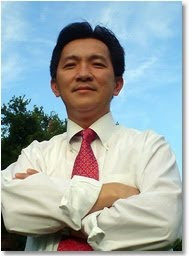 Anh Joseph Cao stands alone in the Republican party as the only one who voted for the takeover of the American health care system by the U. S. Government. The only one who supports an unprecedented nanny state and intrusion into the lives and choices of American citizens. The only Republican who favors Medicare cuts, individual insurance mandates, employer insurance mandates, unprecedented taxes, and criminalization of individuals who fail to purchase insurance.

Cao is from Louisiana. The moment I realized he was the lone Republican vote, I was embarrassed to be from Louisiana. But then I thought of Congressman Fleming and I felt a little better. At least Cao isn't my district. Not much solace.

The bill would have passed without Cao. But now Nasty Nancy Pelosi will gloat through her Botox that this bill is "bi-partisan." I was never of the opinion that one lone dissenter makes a bill bi-partisan; I always thought it took more than that, but it doesn't matter.

Why did Cao vote yes? He'll surely offer explanations in the days ahead, but we could see it coming. This is what he said in August:

"At the end of the day if the health care reform bill does not have strong language prohibiting the use of federal funding for abortion, then the bill is really a no-go for me," said Cao, who studied to be a Jesuit priest.

"Being a Jesuit, I very much adhere to the notion of social justice," Cao said. "I do fully understand the need of providing everyone with access to health care, but to me personally, I cannot be privy to a law that will allow the potential of destroying thousands of innocent lives.

"I know that voting against the health care bill will probably be the death of my political career," Cao said, "but I have to live with myself, and I always reflect on the phrase of the New Testament, 'How does it profit a man's life to gain the world but to lose his soul.' "

Cao's district has been Democratic since 1891. He won the seat in 2008, defeating William "Cold Cash" Jefferson who was then facing 16 felony indictments.

The district represents almost all of New Orleans and the demographics are 30% White, 64% Black, and a small percentage of Asian, Hispanic, and Native American.

For his part, Cao has always made it clear that he would vote to represent his constituents. In a December 2008 interview with NPR, Cao expressed some frustration with the Republican party who he says "ignored" his campaign until they saw that he might win. He says it was not until three weeks before the election that the Republican establishment finally kicked in to help him defeat Jefferson. Governor Bobby Jindal didn't offer an endorsement of Cao until three days before the election.

Then you have to consider what Cao calls the Hurricane Effect. Katrina had displaced lots of voters. The election had been delayed by Hurricane Gustav in early September. Only 66,000 voters participated in the election.

Cao explained his agenda to NPR:

Cao says his Washington agenda is simple: "To address the needs of the 2nd District, many parts of which are still decimated by Katrina." That includes, he says, fixing the health care system and restoring coastal wetland areas. Cao says he also wants to bring a more progressive voice to his own party, including one that is "less anti-immigrant."

Cao's agenda has been clear from day one, and say what you will about his lone vote, he's at least up front about what he's doing.

And his district will probably re-elect him.

Cao will be lauded by the Democrats for making this bill "bi-partisan" and in the days to come we'll find out what Obama and Rahm promised him for his vote.

Update: Go to The Dead Pelican for a new Cao graphic and Cao's statement.

Update 2: Professor Jacobson predicts hell to pay and kicks a girl when she's down.

Posted by Pat Austin Becker at 6:51 AM

This person is no Republican now is he?

Since you live in Louisiana, I am sure you will work to make sure Mr. Cao sees his last days in Congress. Please tell us how all your readers can help throw Mr. Cao out of Congress. He obviously has no understanding of the Constitution. I wonder if he realizes he is limited to 18 enumerated powers and the general welfare clause they molest with their eleastic definition is clearly defined in Federalist #41.

I await your response.

@Bill,
A recall election would be my preference, but this is Louisiana after all - the state that elected Edwin Edwards and would elect him still if he weren't in Federal prison.

The Republican establishment could punish him, I guess, by stripping him of committee assignments but that won't change anything now.

He's up for re-election in 2010 and I suspect his vote last night will draw some conservative challengers, but his district is so heavily Democratic and liberal that it will take a certain kind of candidate to oust him.

His district will love him, now.

What you touched on, Pat, and what people have to realize is that it is a miracle that Cao is in congress at all. Before people talk about defeating him next year or recalling him, they must consider the alternative, another "Dollar Bill" Jefferson. A staunch conservative will not be elected from that district. Period. Cao did vote against the stimulus and against cap and trade. Sometimes we need to be careful what we wish for, because the alternative could be a lot worse.

Quoted from and Linked to at:
THE BEST PLACES TO GO FOR OBAMACARE NEWS & ANALYSIS
-----
It's Time To ROC 'N' ROLL: Restore Our Constitution & Restore Our Lost Liberties