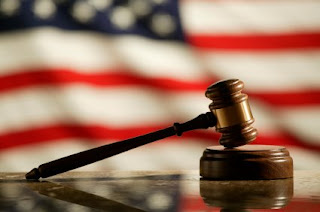 With regard to the upcoming KSM trial in New York, Thomas Wilner has an Op-Ed in today's Wall Street Journal in which he attempts to make the case that Eric Holder's decision to hold criminal trials for these five terrorists is a good idea. Better, even, than a military tribunal. There are some problems with Mr. Wilner's argument, however, at least as I see it.

He begins his argument by attempting to make the case that these guys were captured "far from any battlefield":

The premeditated murder of innocent civilians far from any battlefield is not the act of a warrior, but of a criminal. The prior administration detained these men indefinitely as "enemy combatants." But the laws of war allow only temporary detention of combatants until the end of the armed conflict in which they were captured. They were never intended to authorize the detention of people for terrorist activities far from the battlefield.

I have to differ with him on that. In the first place, the war on terrorism is a world stage; the entire would could be seen as a battlefield in such a war. Secondly, the terrorists brought the battlefield to the United States when they attacked the World Trade Center and the Pentagon, and when they flew into that field in Shanksville. And thirdly, KSM was captured in Pakistan, which is definitely part of the "battlefield" as a neighbor to Afghanistan and a harbor to al Qaeda; it's been believed that bin Laden escaped the hills of Tora Bora to Pakistan when he was nearly captured by our military.

Wilner then attempts to make the case that there is some difference between a "terrorist" and an "enemy combatant" to the degree that a terrorist shouldn't be taken as seriously as an enemy combatant. His reasoning seems to be that the terrorist does not wear the uniform of his country and the enemy combatant does. Again, this is a different kind of war; in a sense, KSM and friends ARE wearing the uniform of their cause because they are fighting for radical Islam and their uniform is their hatred for Americans. Just because this is a different kind of war does not make it any less of a war.

In a detailed study prepared in 2006 under the Bush administration, the Justice Department reported "impressive success" in convicting terrorists. Between September 2001 and June 2006, it obtained convictions against more than 250 people for terrorism-related offenses, covering a range of activities, from completed acts of terrorism to the "early stages of terrorist planning."

Nobody really doubts that a conviction could be obtained, but as Andrew McCarthy said last week, "The problem on this ride is not the destination, but the journey." KSM and his attorneys will have access to a plethora of sensitive information.

Wilner tries to make the case that sensitive information will be protected, but there are no guarantees of that. In fact, as Wilner himself says, KSM and friends will have access to that information because "as the Supreme Court emphasized in Hamdi v. Rumsfeld (2004) and Boumediene v. Bush (2008), detainees must be given the opportunity to confront the evidence against them." Wilner says that the Classified Information Procedures Act will protect that information, but it didn't in the case of the Blind Sheikh trial.

Again, I cite Andrew McCarthy, who has some experience in trying enemy combatants in civilian courts, who says, "Nothing results in more disclosures of government intelligence than civilian trials. They are a banquet of information, not just at the discovery stage but in the trial process itself, where witnesses — intelligence sources — must expose themselves and their secrets."

And there are real problems with Wilner's argument in his next paragraph:

Military tribunals may be appropriate when the perpetrators are combatants or the targets are military, as with the 2000 attack on the USS Cole. But they have a lower conviction rate and do not have the same international credibility as trials in the federal courts. Moreover, federal judges have extensive experience dealing with these cases, with attempts to disrupt the process, and with keeping the focus on the key issue of guilt or innocence, rather than on the legitimacy of the forum being used.

One of the targets on 9/11 was the Pentagon which is most assuredly a military target, so Wilner's first sentence is discounted. A military tribunal is absolutely in order for KSM on those grounds. As far as a lower conviction rate for military tribunals, that's not relevant in the case of KSM either as he had already plead guilty in his military commission. Military commissions are absolutely legitimate forums as Eric Holder even agrees by moving the trial of the USS Cole bombers there. So, I don't see the sense of Wilner's argument here.

Wilner seems to be saying that KSM ought be tried in a civilian court because he wasn't captured on any battlefield and he didn't attack a military target - and both premises are incorrect. Wilner's attempts to support his argument by claiming that we're more likely to get a conviction for KSM in a civilian court is also a non sequitur as KSM had already pled guilty. And at least if KSM and friends attempt to use the courtroom as a forum for their hatred of America then a military commission would be the most appropriate place for that as the American people wouldn't have to listen to it. It removes the forum.

The way I see it, if there IS a case to be made for KSM to be tried in New York, Mr. Wilner didn't make it.
Posted by Pat Austin Becker at 6:25 AM