Following the Imam to the Middle East 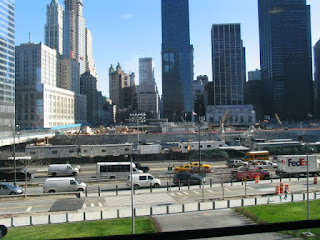 This is a story that bears watching over the next few weeks:  our State Department (read:  tax dollars) plans to send Feisal Abdul Rauf, the Imam planning the Ground Zero Mosque, on an outreach trip to the Middle East.

The Weekly Standard's John McCormack has the money quote:

If the purpose of the junket is to "help people overseas understand our society"--and not to help Rauf raise the $100 million for his mosque--wouldn't it make sense to send someone representative of the vast majority of Americans who oppose the Ground Zero mosque? Perhaps the State Department could send someone--maybe Juan Williams or Rich Lowry or Abe Foxman or Bill McGurn or David Harsanyi or Neda Bolourchi or Sarah Palin or Rod Dreher or Christopher Caldwell or Bill Kristol--to explain to the people of the world that Americans aren't bigots but simply find it offensive and insensitive to build a mosque two blocks from the site of a horrific Islamist terrorist attack?

And then McCormack suggests that Greg Gutfeld might be the perfect guy to do this.  Gutfeld, as you know, has suggested building a gay bar next to the mosque since we're all concerned about sensibilities and such.

And in a related story, Andy McCarthy reports that human remains are still being found at Ground Zero:

In late June, CBS — in a barely noticed story that is no longer available on its website — reported that 72 sets of human remains had just been recovered and identified as a result of new construction work at the Ground Zero site.

And we're ready to build a mosque there?  Seriously?

I'm not sure what kind of "outreach" this Imam is really headed to the Middle East to do, but I hope it's to point out that sensibilities run both ways and NOT to raise money for a mosque at Ground Zero that runs against the wishes of most Americans who will NEVER FORGET.
Posted by Pat Austin Becker at 6:45 AM

Pat, it's a weird coincidence that you picked this up. McCormack's article links to Claudia Rossett at Forbes, who broke the story. She refers to "bridge building" which set my antenna buzzing. Yesterday, I blogged NEH head Jim Leach's "civility" tour and noted that he kept harping on a "Building Bridges Initiative". The Denver Post article is new - but it's a rehash of the same speech Lynch has given again and again for nearly a year. Except that the speech is rewritten for every audience, and here's an interesting version delivered to the Carnegie Corporation in NYC, last September: http://www.neh.gov/whoweare/speeches/09292009.html
You have to search the NEH site to find these, and each one has a little nuance...

Wonder if it is related to Rauf's "bridge building" or just coincidence?