On Out of Control Government, "Local Issues," the Taliban, Hiroshima, and Noonan 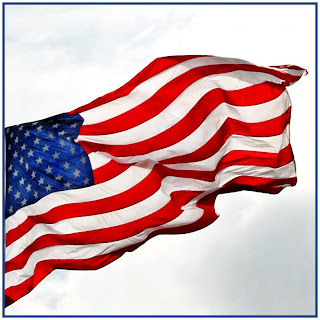 I've got another busy day ahead.  I've got some business to take care of this morning and then Steve and I are taking the afternoon off and getting massages at one of the casino spas.  Neither of us has ever had a "professional massage" so I'm looking forward to this.  I'm sure I'll be addicted.  The literature assures me it will alleviate stress and "release toxins" from my body.  Heh.  Okay.  I'll go for that!

Around the web a couple of things have caught my eye which I don't have time to get into very deeply this morning.  Enjoy this pretty picture (left) that my niece took, and consider...

This column from Charles Krauthammer.  As usual, I agree 100% and it sort of goes to my Farm Dust post earlier in the week.  Governing by fiat.  The money quote:

In the modern welfare state, government has the power to regulate your life. That’s bad enough. But at least there is one restraint on this bloated power: the separation of powers. Such constraints on your life must first be approved by both houses of Congress.  That’s called the consent of the governed. The constitutional order is meant to subject you to the will of the people’s representatives, not to the whim of a chief executive or the imagination of a loophole-seeking bureaucrat.

This post by Pundette, which addresses the goofy comment by Robert Gibbs that Obama doesn't want to weigh in on "local matters."  Pundette:

A local matter. What a cowardly approach to an issue that most Americans care about intensely. Obama's missing something essential: Basic love of country? Common human sympathy?

And she quotes Rush, who said,

This column at Fox in which the son of Brig. Gen. Paul W. Tibbets, Jr. laments the decision to send our Japanese ambassador to the Hiroshima commemoration.  He sees it as a sort of apology and says his father would not have approved:

"It's an unsaid apology," Tibbets, 66, told FoxNews.com from his home in Georgiana, Ala. "Why wouldn't it be?  Why would [Roos] go? It doesn't make any sense.  "I know it's the anniversary, but I don't know what the hell they're trying to do. It needs to be left alone. The war is over."

I heard Oliver North speaking to Sean Hannity about this earlier in the week and he was equally outraged. The ambassador did not give a speech at the event, but some quoted in this piece believe the U.S. should apologize for dropping the bomb.  I have no doubt that Obama will get around to that.


And finally, consider this post from Andy McCarthy in which he notes the fact that our government still has not designated the Taliban as a terrorist organization.  WTF?!


Yesterday, after three months of delay, the State Department finally issued its congressionally mandated annual terrorism report. It shows that the United States has not even designated the Taliban as a terrorist organization — not in Afghanistan, not in Pakistan.

I'd like to know the reasoning behind that one.  Read McCarthy's piece to see why this is such a big deal.

And if all that isn't enough to keep you going, here is Peggy Noonan lamenting the fact that America is at a boiling point and that for the first time, we don't expect our children to have things better than we did.  'Scuse me, Peggy, but weren't you over there singing glorious about the potential of The Great Obama, before the election?  Yeah.  Hush, now, okay?  Just, hush.
Posted by Pat Austin Becker at 8:48 AM

I read Noonan's article. As I think on what has gotten us into this crisis the best I can come up with is that it is one of the making of our government. The financial crisis was not the greed of the big banks, in fact, they are the one part of the private sector that is trying to hold everthing together. The financial problems were brought about by both parties.

Think on why you might feel reluctant to hire someone. Consider the new health care measures that would hurt you for doing so. Consider all the Federal agencies that you must answer to for hiring that individual.

Why are the Mexicans such a problem at the border? They are bring in drugs. A logical solution would be to allow people free access to any kind of drug they desire. That seems reasonable in a "free" society. Some countries allow this and they don't seem to suffer. Yet we have a "war on drugs" that really is more of a restriction of our freedoms than anything else.

Our government is killing us. The only answer will be a dramatic response by us, the downtrodden, over taxed, over regulated people that have had enough. If you want a good example in comparison of our "freedoms", take an international trip. You fly into Italy, Greece, Turkey, just about anywhere. Show your passport and go into the country. In the US you have to fill out several papers to get in (especially citizens). You are searched. Scrutinized, interrogated, several times. Then your belongs are throughly looked over. And this was before 9/11.