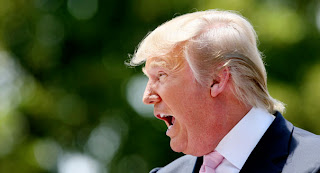 Where in the hell are the challengers to Obama that can actually get elected!?!  Our front runner right now is Donald Trump?  Seriously?  In what ridiculous world is THAT ever going to happen?

Haley Barbour?  Nobody north of the Mason-Dixon line would vote for him.

Mike Huckabee?  Can you say B-A-G-G-A-G-E?  Can you Google "Maurice Clemmons"?

Even if Sarah Palin throws her hat in there, she can't get elected.  Sorry, folks, but it's true.  She can't.  She has a fired up base, she has a role to play in the party, but candidate isn't it.  It's just not.

I'm furious at Mike Pence for NOT running because he's one I think could actually get elected.  What's he doing, anyway?  Waiting for the safer bet in 2016?  What's the field going to look like then?  Rubio?  Ryan?  Pence?  We're saving all our good candidates for a year when only one can get elected?

I know, it's too soon now for Rubio.  It just is.  He has to prove himself.  I'd vote for Ryan right now, though.  And Pence.

But instead, I've got Donald Trump.

The GOP needs to get their act together and fast.  Obama is already in full campaign mode and somewhere ACORN is organizing something nefarious.

We can't stand another four years of Obama.  He's ready to "finish the job" and that doesn't bode well for freedom, free enterprise, capitalism, or democracy.
Posted by Pat Austin Becker at 4:33 PM

It's crazy isn't it? Has there ever been an era like this one?

Still, I think the race won't start until literally 90 days before the primaries - anything earlier will lose steam. Those who will vote for Mr Obama have already set their minds on him. His campaign right now is just trying to cement the loyalists, But Obama For America will not be able to sway the independents again.

This Administration's campaign requires massive amounts of time and advance notice before it can act or respond substantively to any "unexpected" development. It HAD to start now because it cannot get momentum without a long and ponderous warm up.

OFA and the Administration will struggle to compete against a nimble late-announcer.

And, the less time there is for machinery to plot an organized systematic take-down against a good candidate, the better. They will use inaccurate strategies and failing tactics and won't discover the need to change course in time.

Most of the the voters won't finally make up their minds until shortly before they vote, anyway, so all will be well, I think, provided the candidate who does show up is one who is familiar to the country.

Ryan for POTUS, Rubio for VP. I think that's the only way we'll win.

In the meantime, I'm giving my vote to Barbour. Also upset about Pence.

I'm more interested in getting a majority in the Senate I think at this point. Obama will more than likely win, but his hands will be tied.

I know you like Pence - but I'm a political junkie and barely heard of the guy. Give it time...

Agreed, Pat! If Pence, or Ryan are not going to run, I'd rather see Haley. Sure, he's got zero charisma, but he can clean ObozO's clock head up.

The truth is that ANYBODY can, and I think Haley would make a fine President. Fred Thompson might give it another rip, but he's lazy, so he probably won't.

Sarah can not win. Her fans are delusional if they think she can.

I actually think Trump could beat ObozO, but the radio clips from his syndicated spots will come back to haunt him. The base will not like what he had to say about Dubya.

-How about a real dark horse, but one who is very qualified: Andrew McCarthy? MCCARTHY/WEST!

-Quoted from and Linked to at:
Presidential Excitations: The GOP Field So Far

Donald Trump? Seriously? In what ridiculous world is THAT ever going to happen?

Why do you say that ?NOBAMA got elected anything can happen.Wierder things have happened.