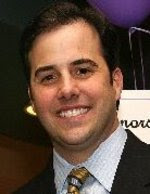 As if this session of the Louisiana legislature was not already controversial enough, there will also be Rep. John LaBruzzo's bill to consider which "would ban all abortions in the state and subject the doctor who performs one to prosecution on charges of feticide."

HB 587 would directly challenge Roe v. Wade and take the abortion debate right to the states which is where LaBruzzo thinks it should be:

Asked how his bill squares with the federal court rulings, LaBruzzo said: "I beleive it would be in direct conflict with them ... and immediately go to court. That is the goal of the individuals who asked me to put this bill in."

LaBruzzo said each state should be allowed to decide how it regulates -- or prohibits -- abortion, not the U.S. Supreme Court or various federal court rulings.

Make of it what you will, but remember, LaBruzzo is also the guy who wanted to pay welfare moms $1000 to get their Fallopian tubes tied.

Governor Bobby Jindal, already under fire for vowing to sign the proposed "birther bill" should it pass, has not taken a position on LaBruzzo's abortion bill.  Jindal has described himself as pro-life and has voted against funding for stem-cell research.

Chad Rogers suggests that this bill is purely symbolic and points out that there is already a statewide abortion ban in place, even though abortions in Louisiana continue to take place.  Governor Blanco signed a similar bill in 2006.  Rogers points out that we have very serious debt and budget issues to resolve without taking legislative time to debate bills that mimic laws already in place.  A valid point.


Louisiana politics is never dull and this session promises to me more controversial than most.

There were state-imposed regulations and restrictions on abortion before Roe v. Wade.

There's no way nine people on a court can overturn the laws of the people in all 50 states and say that's what our founders intended.